IDRIS ELBA AS THE GUARDIAN OF ASGARD IN "THOR" 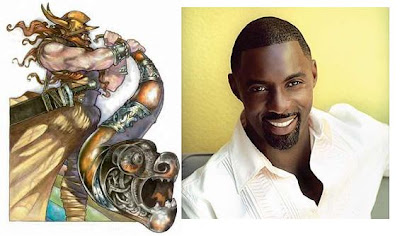 Not a day goes by without a new update on Kenneth Branagh's adaptation of "Thor". According to "The Hollywood Reporter" Idris Elba will play Heimdall, the guardian of Thor's home land of Asgard joining a long list of actors who were already cast for the shooting which begins in January. It is a bit weird, considering he's black, but hopefully they'll fit him somehow in the world of Nordic gods :)
Posted by DEZMOND at 6:20 PM