PAUL W.S.ANDERSON'S MUSKETEERS WILL BE AN $80 MILLION DOLLAR MOVIE! 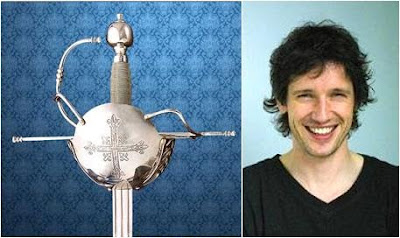 "Hollywood Spy" has recently reported that Paul W. S. Anderson is planning his own adaptation of the popular story about the Musketeers. In the latest update, "FirstShowingNet" has talked a few days ago with "Resident Evil:Afterlife" producer Jeremy Bolt on the Toronto set of the fourth installment and he has confirmed that they are planning to start filming "The Three Musketeers" in September of 2010.
Paul W.S. Anderson will direct the 3D movie, that Bolt described as "unlike anything you've seen." The project, which carries an $80 million budget, will be an action film with romance and will have a contemporary feel. Bolt also said that the Musketeers will be "packing" in terms of weapons which will be indicative of the time it's set in.
Posted by DEZMOND at 11:04 PM