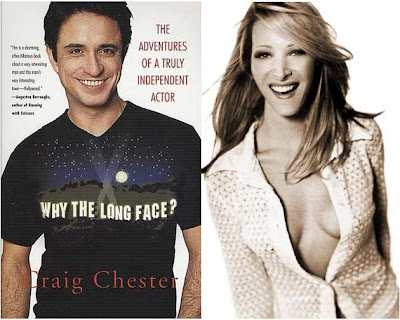 According to "Variety", ex "Friends" star Lisa Kudrow is preparing a comedy for "Showtime" that centers around the memoirs of actor-writer Craig Chester.
In his 2003 memoirs "Why the Long Face? The Adventures of a Truly Independent Actor" Chester has described his bitter-sweet world of "the gay son in a family of born-again Christian parents and his experiences as an actor in the indie film world."
The TV show, called "Rapture", would be from the point of view of 9-year-old Chester who is discovering his sexual orientation while handling his devout mom who has visions of Christ juxtaposed with a rock 'n' roll guitar player father who fears his wife is losing it.
The plot seems hilarious enough for a fresh new comedy show. And Lisa could fit in well playing his religious-freak mom :)
Posted by DEZMOND at 6:05 PM