HOLLYWOOD SPOTLIGHT ON JANUARY FILMS: "MAN ON A LEDGE" WITH SAM WORTHINGTON & ED BURNS, "ONE FOR THE MONEY" WITH KATHERINE HEIGL & JASON O'MARA

As you know, January is, similarly to August and other months at the end of a big season, a dumpster for bad movies. Not many good ones this January either. Beside some of the January 2012 films I've already covered ALBERT NOBBS, THE DIVIDE, THE GREY, EXTREMELY LOUD & INCREDIBLY CLOSE, check out these two bellow as well. The 2nd part comes tomorrow :)


MAN ON A LEDGE
Probably the January film with the best ensemble in its cast is action thriller MAN ON A LEDGE which is scheduled to hit theatres January 27th. The suspense 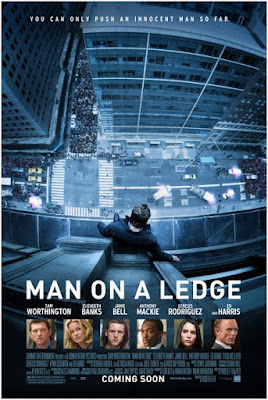 story follows an ex-cop turned con (Sam Worthington) who threatens to jump to his death from a Manhattan hotel rooftop. The nearest New York Police officer immediately responds to a screaming woman and calls dispatch. More Officers arrive with SWAT and tactical command along with fire-fighters. The police then dispatches a female police psychologist (Elizabeth Banks) personally requested to talk him down from the ledge. However, things aren't as straightforward and clearcut as they appear to be, and the longer she is beside him on the ledge, the more she realizes that he might have an ulterior objective. The stellar cast also includes Jamie Bell, Ed Harris, Anthony Mackie, Edward Burns, Kyra Sedgwick... 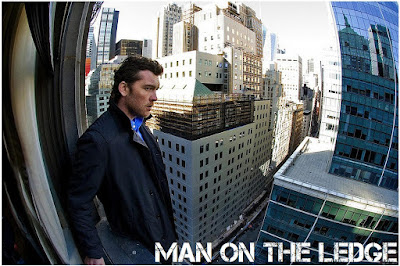 It is interesting that much more famous Amy Adams was considered for the role of the female negotiator in the beginning, but the role went to Elizabeth Banks who is building a similar image of cute and adorable actress who is good both in comedies and in dramas. The film shouldn't be confused with THE LEDGE with Patrick Wilson, Liv Tyler and Charlie Hunnam which also has a man threatening to throw himself of a ledge.

ONE FOR THE MONEY
Hitting cinemas the same day as MAN ON A LEDGE is a comedy action for my dear ladies. It's ONE FOR THE MONEY in which Katherine Heigl brings Stephanie Plum, the popular heroine of Janet Evanovich's worldwide best-selling sixteen-book mystery series, to 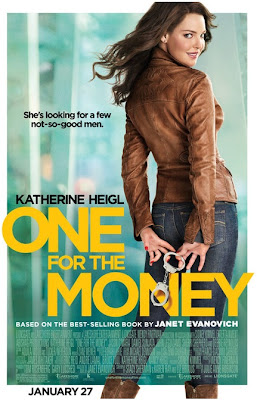 vibrant life. A proud Jersey girl Stephanie Plum's has plenty of attitude, even if she's been out of work for the last six months and just lost her car to a debt collector. Desperate for some fast cash, Stephanie turns to her last resort: convincing her sleazy cousin to give her a job at his bail bonding company as a recovery agent. True, she doesn't even own a pair of handcuffs and her weapon of choice is pepper spray, but that doesn't stop Stephanie from taking on Vinny's biggest bail-jumper: former vice cop and murder suspect Joe Morelli - yup, the same sexy, irresistible Joe Morelli who seduced and dumped her back in high school. Nabbing Morelli would be satisfying payback, and a hefty payday, 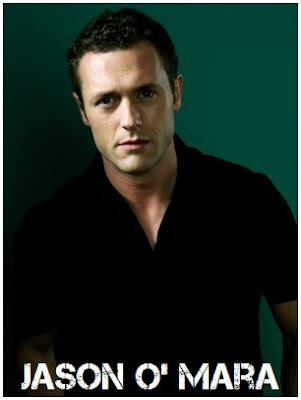 but as Stephanie learns the ins and outs of becoming a recovery agent from Ranger, a hunky colleague who's the best in the business, she also realizes the case against Morelli isn't airtight. Add to the mix her meddling family, a potentially homicidal boxer, witnesses who keep dying and the problems of all those flying sparks when she finds Morelli himself... well, suddenly Stephanie's new job isn't nearly as easy as she thought. 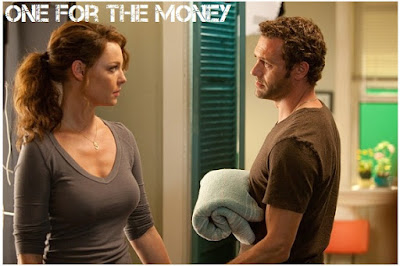 The cast also includes brilliant and super charismatic Jason O'Mara who is currently under the spotlights due to his charming role in TERRA NOVA TV show. Katherine Heigl's next project is THE WEDDING in which Robert De Niro and Diane Keaton play a long divorced couple which fakes being married as their family unites for a wedding, next to Robin Williams, Amanda Seyfried, Topher Grace, Ben Barnes and Susan Sarandon. 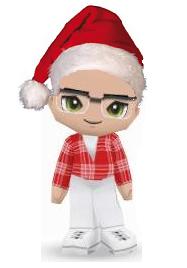 I will also use this opportunity to wish you all the best in New 2012 Year, hope it will bring us all lots of great films (so far it's quite promising), good shows (not so promising) and lots of love, laughter, money and sex in our private lives :)
HOLLYWOOD SPY LOVES YOU AND THERE'S NOTHING YOU CAN DO ABOUT IT!
Thanks for making us a site read by millions in 2011 :)and for popping over each day for fresh film news!
Posted by DEZMOND at 12:00 AM