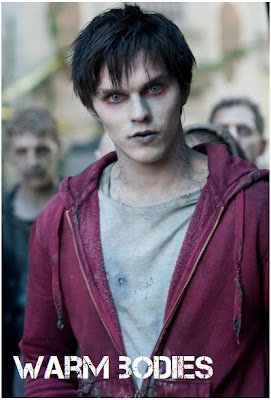 Close your eyes if zombies scare you, because here comes the first picture of young Nicholas Hoult as the undead hero in WARM BODIES, which premieres this August also starring Teresa Palmer. The story of the witty drama follows an existentially tormented zombie (Hoult) who falls for the girlfriend (Palmer) of one of his victims and decides to protect her from his brain-eating brethren as he begins to reconnect with his dormant humanity. The blossoming relationship starts a chain reaction that will transform him, his fellow zombies and maybe the whole 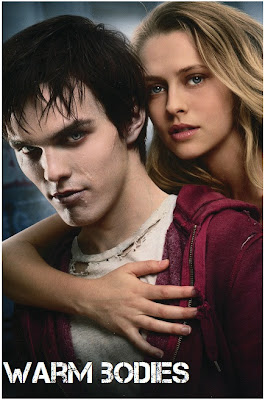 lifeless world. The cast also includes James Franco's brother Dave Franco who will play Teresa Palmer's boyfriend the leader of humans who are fighting against zombies, while John Malkovitch will play a general who wants to eradicate all zombies. Similar to Nicholas Hoult, popular comedian Rob Corddry will be one of the good zombies. The film is directed by 50/50 director Jonathan Levine.

HOLLYWOOD SPY HEADLINES
And I have two crazy pieces of news for you today: Jim Carrey's BRUCE ALMIGHTY is getting a sequel, and if that isn't funny enough for you POLICE ACADEMY is getting a remake, leaving BACK TO THE FUTURE probably the only 80's hit to be left to rest in peace. In the meantime, HANSEL AND GRETEL with Jeremy Renner and 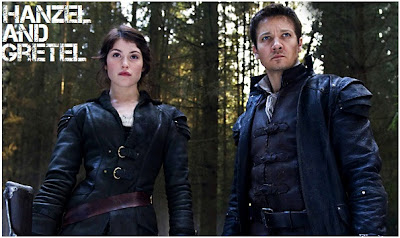 Gemma Arterton are moved from this summer to January 2013, which is a really bad sign since only the worst of movies get their slots in January, while AVATAR 2 has been pushed all the way to 2016 when we will be all grey and retired. According to "THR" Rob Marshall, 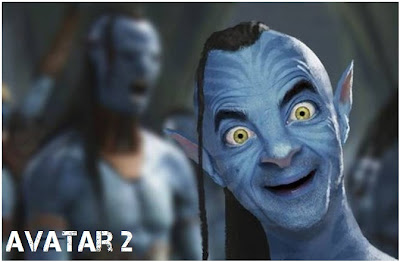 who gave us three visually beautiful, but totally cold and soulless films MEMOIRS OF A GEISHA, PIRATES OF THE CARIBBEAN and CHICAGO is doing a new musical film: he will helm Disney's INTO THE WOODS, which incorporates several fairy tale characters such as Cinderella, Rapunzel, and Little Red Riding Hood with the story of a baker who attempts to start a family with his wife. 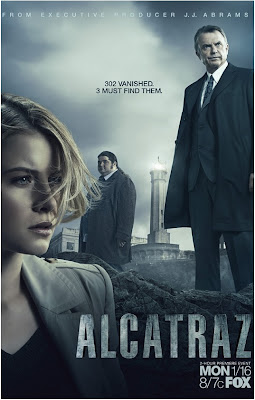 Are you ready for Monday's premiere of J.J. Abram's long awaited and super suspenseful new TV show ALCATRAZ which is happening at Fox next week? This chilling new thriller centers on America's most infamous prison and one-time home to the nation's most notorious murderers, rapists, kidnappers and thieves. But the frightening twist is that a group of Alcatraz inmates and staff that mysteriously vanished from the prison in the 1960s never to be found, suddenly start reappearing in modern times looking young and not aged at all ... and those are all nations most dangerous criminals. The show will follow a group of agents and detectives lead by Sam Neill who are trying to piece together the inexplicable sequence of events!
Posted by DEZMOND at 12:00 AM