You know that Patrick Wilson is one of HOLLYWOOD SPY five favourite actors, so it hurts me that instead of getting amazing lead 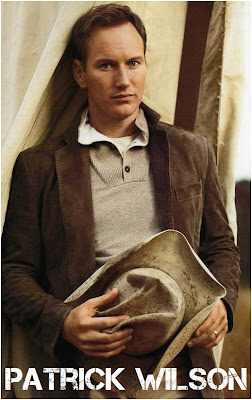 roles, especially given his stunning talent (ANGELS IN AMERICA, HARD CANDY, LITTLE CHILDREN), he is pushed over to TV where he is currently starring in A GIFTED MAN show. This year he has a role in sf epic PROMETHEUS but a small one, and the new announced project isn't promising either: according to "Variety" he and Vera Farmiga will star in THE CONJURING, a horror tale which is based on the true story of a Rhode Island family who claimed that they lived among the dead with friendly and evil spirits residing in their farmhouse. I think Patrick's talents need a better agent, what do you think, people? 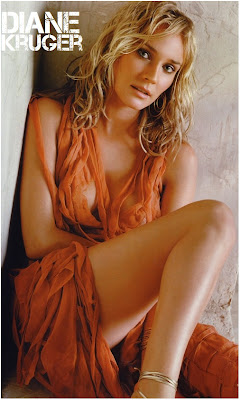 Meyer's THE HOST, since I believe the TWILIGHT author offends human brain with her rubbish writing, but we do love Andrew Niccol (IN TIME, GATTACA) who is directing it. According to "Deadline" the film which is set in the world in which aliens occupy your souls like parasites, has just signed in Diane Kruger who will join Saoirse Ronan who plays a young soldier who is taken over by a Soul dubbed The Wanderer, although the soldier puts up a fight, refusing to let go of her identity. The Wanderer becomes obsessed with the soldiers memories, and sets out to find her boyfriend and lost brother. Diane Kruger will portray The Seeker, who tracks down The Wanderer. William Hurt and Max Irons are also in the cast. And have you seen the first picture of Vin Diesel, released this weekend, from RIDDICK? How do you like his costume? The third part of the famous sf saga has started shooting and also includes Karl Urban.
When it comes to TV news, there are two new sitcoms coming our way: 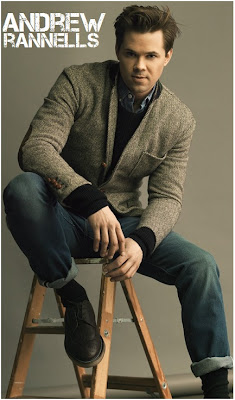 NBC is planning a pilot for an untitled comedy from the producers of GLEE in which the story would revolve around a gay couple and the woman who becomes their surrogate as they start a family. There was quite a big network bidding war for this project which will have Andrew Rannell (known for giving his voice to a tones of animated and video game characters) in the lead role. Another project is over at CBS - an untitled sitcom from THE MUPPETS writer Nick Stoller which  will follow a guy who gets his heart broken by his girlfriend and now has to work one cubicle away from her at an advertising agency. It is loosely based on one of the writers real life experiences. 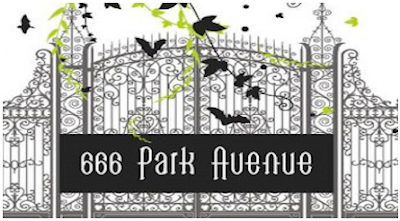 And it seems that pointlessly morbid AMERICAN HORROR STORY has started a trend of haunted houses shows since ABC is making 666 PARK AVE, about a young couple that purchase a historic New York City based apartment only to find it is haunted by the supernatural. These strange occurrences begin to affect all of the renters in the building.
Posted by DEZMOND at 12:00 AM