THRILLING TRAILER FOR "RE5IDENT EVIL RETRIBUTION"! LIV TYLER HAS "THE SIDE EFFECT"! CW MAKING "THE CARRIE DIARIES" & "BEAUTY AND THE BEAST" SHOWS!

Well, it seems that beside Sandra Bullock who will be alone in space in GRAVITY, another famous brunette will wander the galaxy all alone: according to "Deadline" Liv Tyler (what has happened to her after 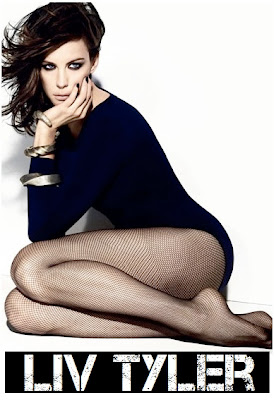 LOTR?), has accepted the lead role in THE SIDE EFFECT, a sf thriller in which the story centers on Liv Tyler's character, Catherine Rigby, who spends several months alone in space, to test a pharmaceutical company's new drugs. When she somehow becomes pregnant, paranoia sets in as Catherine begins to think she may be stranded in space. The film is planned for 2014. Talented director Richard Curtis who gave us one of the most beloved films ever LOVE ACTUALLY and who helped Steven Spielberg to write his WAR HORSE, will also go sf in a secretive project called ABOUT TIME which will deal with time travel according to "The Hollywood Reporter".


HOLLYWOOD SPY HEADLINES
Beside the new show on DC's superhero GREEN ARROW, which I announced earlier this week, CW has greenlit another two pilots: 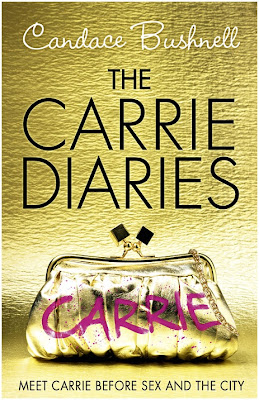 both will be for the ladies. THE CARRIE DIARIES, which is a SEX AND THE CITY spin-off since it will be based on the bestselling book by Candace Bushnell written as a prequel to famous SEX AND THE CITY, in which we follow Carrie Bradshaw in her early days while she was still in her high school and not in New York. It will be produced by GOSSIP GIRL producers. The second project is one I've already announced last year - BEAUTY AND THE BEAST, a kind of a remake of the 80's show with Linda Hamilton and Ron Perlman, which followed the story of a beast-man who lived beneath New York City and, through a psychic bond, developed a relationship with a lovely attorney in the city.
I swear I thought this was the 13th or the 17th part, but judging from the 5 in the title it's the fifth part of the famous horror franchise which earned around $700 million so far: here's the first thrilling trailer for RE5IDENT EVIL: RETRIBUTION which hits cinemas this September with the following plot: The Umbrella Corporation's deadly 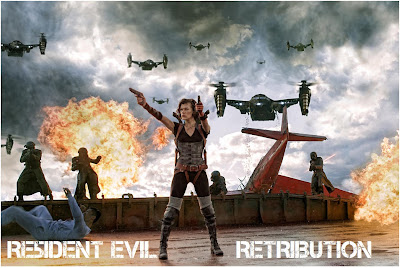 T-virus continues to ravage the Earth, transforming the global population into legions of the flesh eating Undead. The human race's last and only hope, Alice (Milla Jovovich), awakens in the heart of Umbrella's most clandestine operations facility and unveils more of her mysterious past as she delves further into the complex. Without a safe haven, Alice continues to hunt those responsible for the outbreak; a 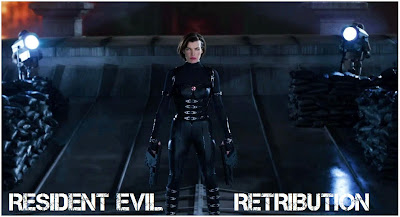 chase that takes her from Tokyo to New York, Washington, D.C. and Moscow, culminating in a mind-blowing revelation that will force her to rethink everything that she once thought to be true. Aided by newfound allies and familiar friends, Alice must fight to survive long enough to escape a hostile world on the brink of oblivion. The countdown has begun.
Posted by DEZMOND at 12:00 AM