Now these are amazingly amazing news :) "Variety" reports that Kate Winslet has joined Kenneth Branagh's wonderful movie adaptation of THE GUERNSEY LITERARY AND POTATO PEEL PIE SOCIETY novel by Annie Barrows and Mary Ann Schaffer,  in which the story centers on  a group of London residents who are displaced to the island town of Guernsey after World War II. Kate Winslet will portray a magazine columnist who begins corresponding with a man from Guernsey, and learns how they used the book club to outsmart the Germans occupying the island. The writer takes a journey to Guernsey, where her life is forever changed. I've heard only warm impressions on this lovely book, so I'm really excited about the film which starst shooting this April. I'm excited about Winslet's and Branagh's collaboration as well, since they were absolutely stunning in HAMLET! 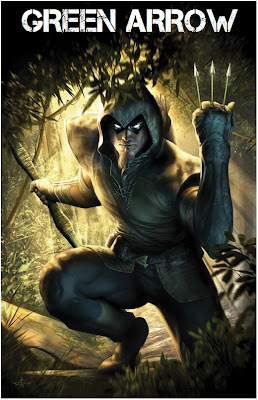 in the 1940's dressed like Robin Hood who is an archer using trick arrows, including glue, net, tear gas and even kryptonite arrows. His secret identity is billionaire Oliver Queen. Luc Besson produced sf action LOCK OUT, which just changed its name into a rather stupid MS ONE: MAXIMUM SECURITY has got its official release date on April 20th. Shot last year in Serbia and starring Guy Pearce, the story of this thrilling film revolves around a wrongly accused prisoner who is promised his freedom if he infiltrates a space jail hovering above Earth in order to free the warden's daughter from the crazed prisoners who have organized a rebellion .Check out the trailer I've posted last year!

Definitely one of the stars which will be all present in cinemas this years, Josh Hutcherson, has a number of big blockbusters scheduled for 2012, including his roles in THE HUNGER GAMES and JOURNEY 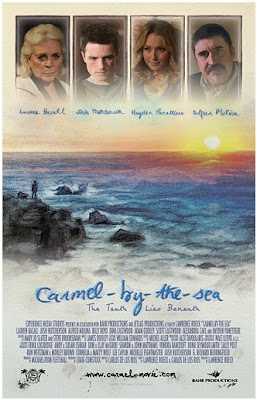 2: THE MYSTERIOUS ISLAND next to Dwayne Johnson, but this March he also has the leading role in this charming little feature called CARMEL BY THE SEA in which he plays a fifteen year old art prodigy abandoned by his drug addicted mother who then finds refuge in the picturesque art village of Carmel-by-the-sea. While trying to survive on his own, he is introduced to the underground world of art forgery. The cast of this lovely looking movie includes some nice names from young and gorgeous Hayden Panettiere, to Lauren Bacall, Alfred Molina, LORD OF THE RINGS' Billy Boyd and a bunch of people from Clint Eastwood's family, since if I remember correctly, Clint is or was the mayor of this little town in reality?
Posted by DEZMOND at 12:03 AM