THE PLOT FOR 2ND SEASON OF "THE BORGIAS"! GREAT TRAILER FOR GEOFFREY RUSH' "THE EYE OF THE STORM"! ADAM BRODY IN "SOME GIRLS" & "WELCOME TO THE JUNGLE". "THE WALKING DEAD" 3RD SEASON TO HAVE 16 EPISODES! 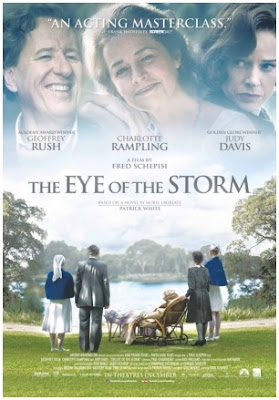 THE STORM with Geoffrey Rush has found a distributor for USA where it will be released in April. With quite a powerful cast which also includes other two thespians Charlotte Rampling and Judy Davis alongside SPARTACUS: GODS OF ARENA hunky star Dustin Clare, this interesting and powerful drama is actually a movie adaptation of the 1973 literary classic by Australia's only Nobel Prize-winner for Literature, Patrick White. It centres around Elizabeth Hunter who controls all in her life - society, her staff, her children; but the once great 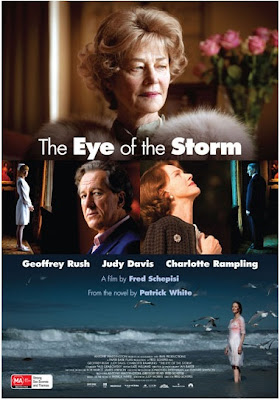 beauty will now determine her most defiant act as she chooses her time to die.

HOLLYWOOD SPY HEADLINES
One of our fave movie geeks, always charming Adam Brody has just got himself two lead roles as "Variety" reports: he will star in Neil LaBute's SOME GIRLS, as a successful writer who, before getting 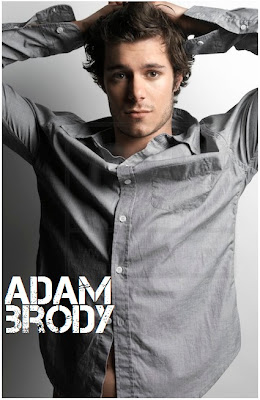 married, decides to travel across the country to meet his five ex-girlfriends in a series of hotel rooms. He will then also star in WELCOME TO THE JUNGLE which will follow a group of staffers at a design firm who go on an office retreat to a tropical island, where total chaos erupts after they become stranded. Jean Claude Van Damme will play their power-hungry leader. Adam has also joined LOVELACE in which he will play an X-rated actor next to Amanda Seyfreid as Linda Lovelace. The adorkable actor is also everybody's favourite choice for the role of THE FLASH if that film ever happens. According to latest news, AMC's hit show THE WALKING DEAD, which continues airing February 12th, will have 16 episodes in its third season next year! I'm still not sure whether I will continue watching it or not after they've crossed some lines with an explicit killing of a little girl in the December semi-finale!
Showtime has revealed what will happen in the second season of their   best viewing THE BORGIAS show when it premieres with its second season   April 8th. It will see Pope Rodrigo (Jeremy Irons) seeking to   consolidate his power and enlisting his family to take an oath of   revenge on the great noble houses that dared to stand against him, 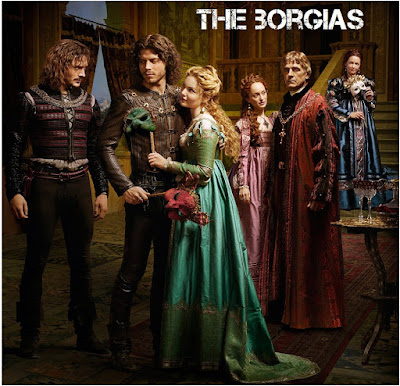 causing his Papacy to face political turmoil once again. But Rodrigo's   real problems lie with his children, all of whom are growing up and   defying his authority. Lucrezia (Holliday Grainger) forges an unlikely   alliance between Vanozza and Giulia, and together they plot to battle   Vatican corruption. The sibling rivalry between Cesare (Francois Arnaud)   and Juan (David Oakes) will soon turn to hatred as their father's   unwavering favoritism toward Juan triggers Cesare to engage his dark   side. Elsewhere in Rome, Rodrigo's old enemy Della Rovere (Colm Feore)   has entered the city incognito and conspires to assassinate him. With   more than 3 million viewers every week, THE BORGIAS had higher ratings   even than THE TUDORS in its first season.
Posted by DEZMOND at 12:00 AM