Crazy new pictures have just been released for MADAGASCAR 3: EUROPE'S MOST WANTED showing the beloved well known characters of the lion, the hippo, the zebra and the giraffe beside a tiger, 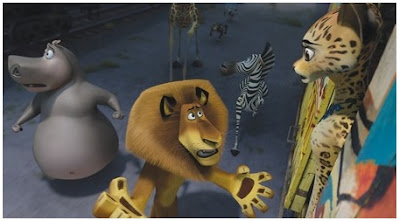 a leopardess and a seal. Opening this June, the hilarious sequel will see Alex the Lion, Marty the Zebra, Gloria the Hippo, and Melman the Giraffe still fighting to get home to their beloved Big Apple while King 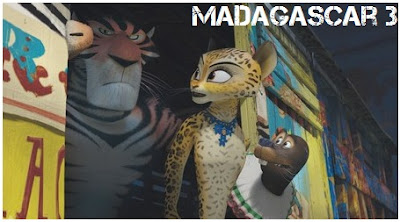 Julien, Maurice and, off course, the Penguins are along for the adventure. This time the road takes them through Europe where they find the perfect cover: a travelling circus, which they reinvent Madagascar style!


HOLLYWOOD SPY HEADLINES
One of the films I've mentioned recently EMPEROR, has just got Tommy Lee Jones in the cast lead by Matthew Fox according to "Deadline". Following Japanese surrender after 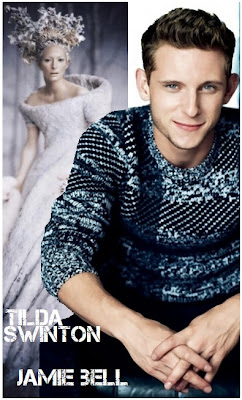 World Word II, this epic will have Tommy Lee Jones as General Douglas MacArthur, who was deemed the de facto leader of Japan after their surrender. The story unfolds when he invites a Japanese expert, General Bonner Fellers (Matthew Fox) to decide whether Emperor Hirohito should be tried and executed as a war criminal. Fellers is also compromised by his love affair with a Japanese exchange student he previously met in the United States. Interesting sf film I've mentioned this week, SNOW PIERCER, set in the world covered with ice and snow in which a group of people stuck on a train have to find the way to survive, with Chris Evans in the lead role, has just got Tilda Swinton and Jamie Bell in the cast.
The only new trailer I have for you in this rather weak week :) in the film news department, is the first one for THE WOMAN IN THE 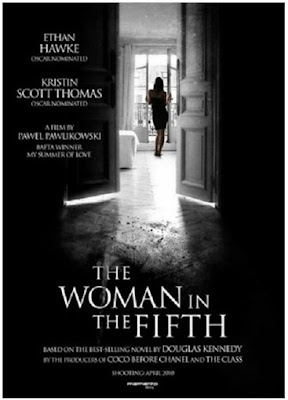 FIFTH, an interesting thriller which hits cinemas this February in UK and this October in USA, starring Ethan Hawke and Kristin Scott Thomas. The story follows an American writer Tom Ricks who comes to Paris desperate to put his life together again and win back the love of his estranged wife and daughter. When things don't go according to plan, he ends up in a shady hotel in the suburbs, having to work as a night guard to make ends meet. Then Margit, a beautiful, mysterious 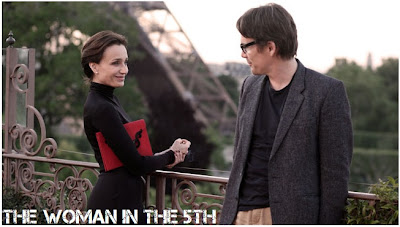 stranger walks into his life and things start looking up. Their passionate and intense relationship triggers a string of inexplicable events... as if an obscure power is taking control of his life.
Posted by DEZMOND at 12:00 AM