Well, I'm not sure about the story, but I do love the cast: "MovieWeb" reports that Steven Soderbergh's THE SIDE EFFECTS, has signed on Blake Lively, Jude Law and Channing Tatum. The story centers 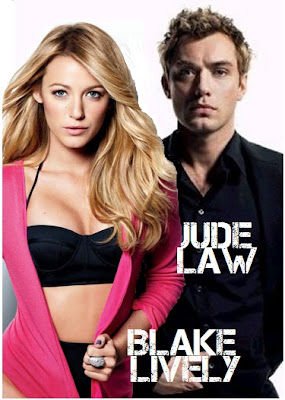 on Emily Hawkins(Blake Lively), a young woman who becomes dependent on prescription drugs out of fear that her husband (Channing Tatum) will be released from prison soon. Jude Law will play Emily's new therapist. The bad news is that the script is being written by the scribe of CONTAGION. According to "Variety", BRIDESMAIDS director Paul Feig and the screenwriters of GILMORE GIRLS are working on THE BETTER WOMAN, centering on a successful young executive who gets dumped by her boyfriend for an older woman. She becomes friends with the older woman to find out why her boyfriend left her, and reinvents herself along the way.


HOLLYWOOD SPY HEADLINES
As I mentioned numerous times before, STAR WARS live action TV series has been planned for years now, and one of the reasons it still hasn't got into production is the price of the special effects. 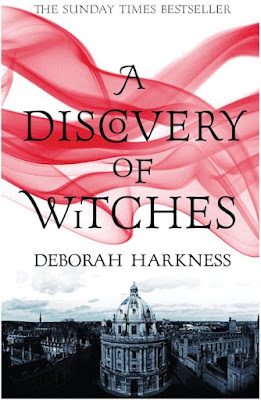 It has been put on hold for three years, but it doesn't mean it doesn't have a working title: according to IGN, the title of the show is STAR WARS UNDERWORLD. It will be set between REVENGE OF THE SITH and A NEW HOPE and will follow some of the less known characters among criminals and galactic gangs. Warner Bros. is planning a film adapation of Deborah Harkness novel A DISCOVERY OF WITCHES which centers on a witch who accidentally unlocks a magical manuscript, and finds herself trying to prevent an imminent war with the vampires.The biopic on Grace Kelly GRACE OF MONACO, which I mentioned last year, has just got Olivier Dahan as the helmer. He is known for famous LA VIE EN ROSE.
You know how much we love young Eddie Redmayne (MY WEEK WITH MARILYN, PILLARS OF THE EARTH) and BBC has just released 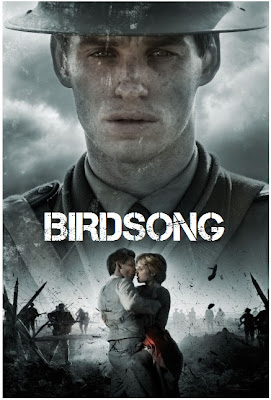 an amazing first trailer for their epic mini series BIRDSONG which should be aired this spring. Eddie and Clemence Poesy (HARRY PLOPPER, GUNPOWDER, TREASON AND PLOT) star as the passionate young lovers Stephen and Isabelle, brought together by love and torn apart by the First World War, in this TV adaptation of Sebastian Faulks’s novel. Adapted by Bafta award-winning Abi Morgan (THE HOUR, IRON LADY), the two part series  will span the decade of the First World War, telling the story of Stephen Wraysford, a young Englishman who, in 1910, arrives in Amiens, Northern France, 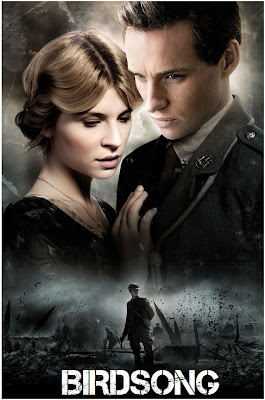 to stay with the Azaire family and falls desperately in love with Isabelle Azaire.They begin an illicit and all-consuming affair, with huge consequences for them both. Years later in 1916, Stephen finds himself serving on the Western Front in the very area where he experienced his great love. As he battles amidst the horror of the trenches he meets Jack Firebrace, a tunneller who unexpectedly helps him endure the ravages of war and enables him to make peace with his feelings for Isabelle, who he is destined to meet again. The cast also includes amazing Matthew Goode as Captain Gray.