CHARMING CLIP FROM "TANGLED EVER AFTER"! BENEDICT CUMBERBATCH IS VILLAIN IN "STAR TREK 2"! DWAYNE JOHNSON & LIAM HEMSWORTH IN "EMPIRE STATE" 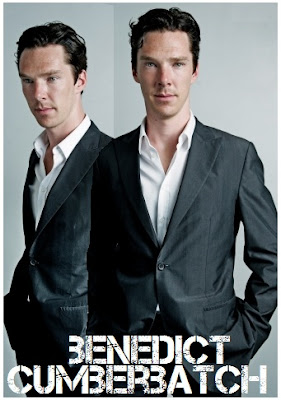 great direction from J.J. Abrams and amazing chemistry between all of the cast members. According to "Deadline" Cumberbatch will play an unknown villain in the film. He now joins the old cast which includes Karl Urban, Chris Pine, Zachary Quinto, Zoe Saldana, John Cho, Anton Yelchin and Simon Pegg and the shooting should start this January. Beside starring in BBC's popular SHERLOCK show, Cumberbatch will also take two voice roles in Peter Jackson's THE HOBBIT - lending voice to evil dragon Smaug and to The Necromancer. As I wrote earlier he will also appear in mini series PARADE'S END which will be set against the backdrop of WWI.


HOLLYWOOD SPY HEADLINES
Two extremely busy hunks, Dwayne Johnson and Liam Hemsworth might star together in EMPIRE STATE as "Deadline" reports. The story of this action heist flick is based on the true story 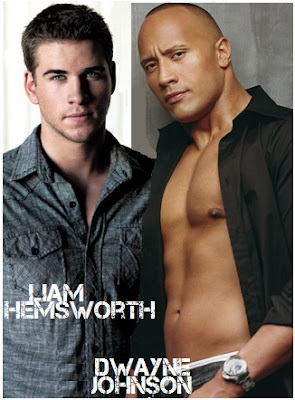 of a 1982 armored car company robbery in New York City which was, at that time, believed to be the largest in U.S. history. I don't know why, but this must be tenth heist or robbery film we will be watching in the upcoming future.
Another thing you can check out today is a beautiful cast picture which STARZ has released for their most successful show SPARTACUS VENGEANCE which returns in its third season January 27th. To read 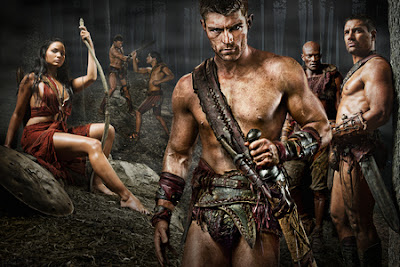 more about the season and to check out amazing character photos visit our big spotlight on the show.
And I have a super charming mega adorable clip for you today :)  It is for a short animated film TANGLED EVER AFTER, which is kind of a very short sequel to one of Disney's most successful animated films in recent history. 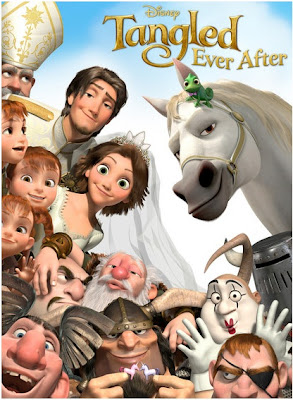 The film will be played together with the 3D BEAUTY AND THE BEAST which hits cinemas next week. The story picks up where TANGLED left off. The Kingdom is in a festive mood as everyone gathers for the royal wedding of Rapunzel and Flynn. However, when Pascal and Maximus, as flower chameleon and ring bearer, respectively, lose the gold bands, a frenzied search and recovery mission gets underway. As the desperate duo tries to find the rings before anyone discovers that they’re missing, they leave behind a trail of 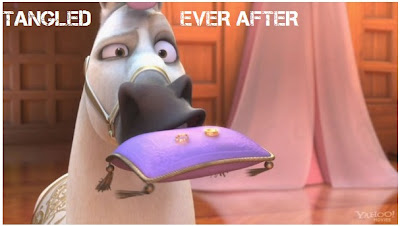 comical chaos that includes flying lanterns, a flock of doves, a wine barrel barricade and a very sticky finale. Will Maximus and Pascal save the day and make it to the church in time? And will they ever get Flynn’s nose right?


And don't forget that this Sunday I will be posting HOLLYWOOD SPY'S EXCLUSIVE MEGA SPOTLIGHT ON ALL THE 2012 FILMS. See what's in store for this cinematic year.
Posted by DEZMOND at 12:00 AM