Something HOLLYWOOD SPY announced more than three years ago is finally moving on according to "Movie Web". Producer Mark Canton (standing behind stunning epic classics such as 300 and IMMORTALS) and Platinum Studios have started a preproduction work on adapting comic book 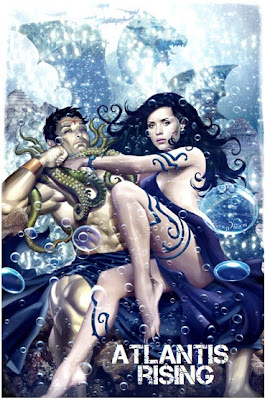 ATLANTIS RISING into a movie franchise. It is a provocative sf epic which brings up the question: whose planet is this?, since the story of the comic book is set against an undersea civilization that began over 10,000 years ago, and whose presence is unknown to the surface population. The action starts when after some seismic activities deep under water the U.S. military is dispatched to investigate the cause of the disturbances in the deepest part of the ocean only to reveal that there is an underground civilization down there which is ready to engage us in war. The film was previously set at Dreamworks with Len Wiseman directing and Roberto Orci and Alex Kurtzman producing, but the

rights then went back to Platinum Studios who is now ready to launch the production process on this big underwater adventure. Click to read HOLLYWOOD SPY's old post on the film from years ago.The film is scheduled for 2014.


AVATAR AND NEMO
This will not be the only underwater movie in the future, since you remember that back in 2010 James Cameron said AVATAR II will explore the Pandora oceans ("I'm going to be focusing on the ocean on Pandora, which will be equally rich and diverse and crazy and imaginative, but it just won't be a rain forest" ), but whether or not that 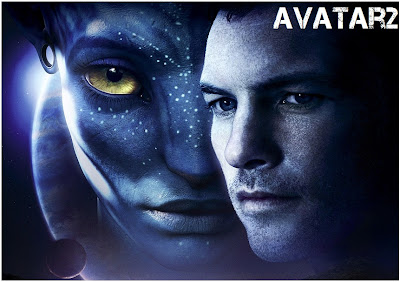 is still true, the sequel has been pushed to 2016 since Cameron wants to use a totally new special effects technology for the sequel and needs time to develop it. Another underwater project waiting to be shot is a new movie adaptation of 20,000 LEAGUES UNDER THE SEA, which will be brutalized in his usual manner by David Fincher for Disney 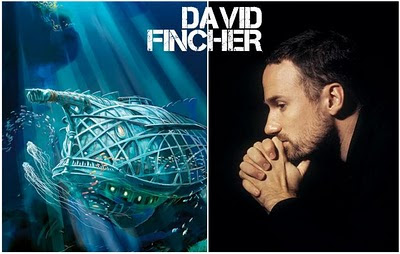 (the first choice for the helmer was McG). Based on Jules Verne's classic epic the new version will follow a group of men led by Captain Nemo, who battle a scientific genius and his giant submarine with David Fincher's take on the material  being surprisingly less dark and more in lines with STAR WARS. 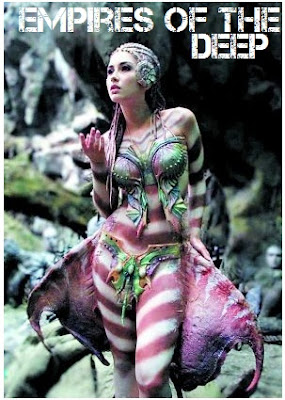 EMPIRES OF THE DEEP  in which the plot is set in a mythical world, telling the tale of an unlikely love story between a mermaid and a young human who journeys through a mythical underwater mermaid kingdom, where he is trying to rescue his father, while encountering some of the most ferocious creatures the sea kingdom has to offer. This fantasy adventure is co-directed by Michael French and Jonathan Lawrence, and has stunning Olga Kurylenko as the 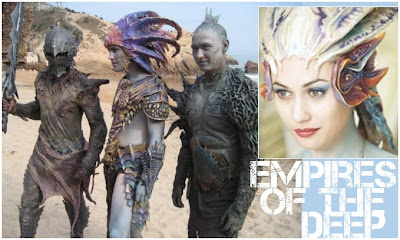 Queen of the Mermaid Empire alongside male lead Steve Polites and Liang Yanfei. Anthony Arendt, virtual camera operator in "Avatar" is also aboard the film. 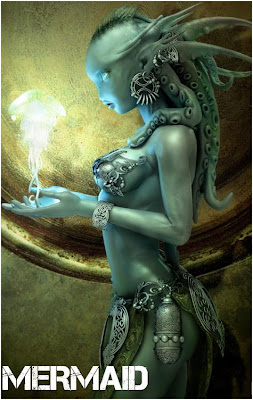 I also forgot to mention above that  Sony is planning to make a darker version of the famous underwater tale by Hans Christian Andersen. According to "MovieWeb" it will basically be a film adaptation of Carolyn Turgeon's book MERMAID: A TWIST ON THE CLASSIC TALE,  which focuses on a princess who seeks out to marry the prince of her rival kingdom, to try and save her own ravaged kingdom. However, the princess discovers that a beautiful mermaid has also fallen for the prince, risking her life to be with him. The film will be produced by Tobey Maguire.
Posted by DEZMOND at 12:00 AM