One of the biggest news this weekend was that Tim Burton is going to direct a new movie version of PINOCCHIO. According to "THR", the 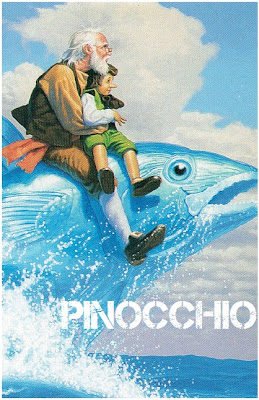 film will actually follow Geppetto's quest to find his missing puppet, offering the flipside to this often told tale. The bad news is that Robert Downey Jr is in talks to play the woodcarver. Speaking of Tim Burton, after he backed out from helming the movie adaptation of MALEFICENT, which would follow the famous evil witch from SLEEPING BEAUTY, Disney has now hired Robert Stromberg to direct this fantasy film. It will be his debut behind the helm since he worked as production designer before. Telling the story from the villainess perspective, the film will have Angelina Jolie in the lead role. I'm a bit shocked that Burton didn't offer both the roles of Geppetto and Maleficent to Johhny Depp :)))


HOLLYWOOD SPY HEADLINES
I don't know what is your personal opinion of Jessica Biel, but she's mostly known for her relationship with Justin Timberlake and not for her acting skills. She might try to change that with a new 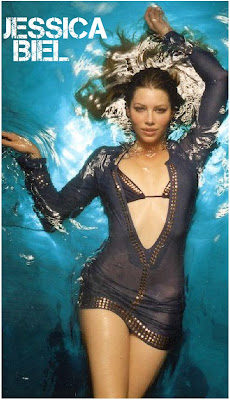 leading role in EMANUEL AND THE TRUTH ABOUT FISH, a drama about a troubled 17-year-old girl Emanuel  who babysits her new neighbor Linda's "baby," which is actually a very life-like doll. She goes along with the delusion while befriending Linda (Jessica Biel), who happens to be the spitting image of Emanuel's late mother. Alfred Molina and Frances O'Connor are also in the cast. Remember how a few days ago I complained about tones of heist films being planned in Hollywood? Well, there's a new one, as "Digital Spy" reports, George Clooney will direct and write and also star in MONUMENTS MEN, a big-budget movie about the men who chased down the stolen art of Europe during World War II. They were a hand-picked group of art experts chosen by the U.S. government to retrieve artwork stolen by the Nazis.
One of the films which will premiere this year (in February to be more precise) is also a strange mixture of sf and an immature teen movie titled CHRONICLE. Although the technique of  shooting the film with 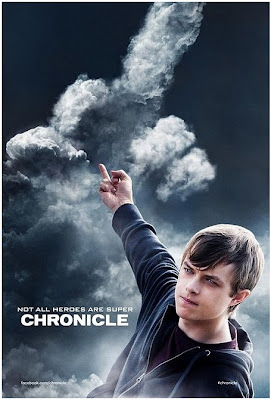 a video camera used by the characters from the film themselves can be a bit irritating, the story is quite interesting: the story centers on Matt (Alex Russell), his awkward cousin Andrew (Dane DeHaan), and Steve (Michael B. Jordan). When Matt and Steve discover a bizarre hole in the Earth at a party, they get Andrew, who documents everything with his new camera, to help because his camera has a light. After exploring this hole/tunnel, the group realizes they have been bestowed with telekinetic abilities, i.e. they can move stuff with their minds. But, soon, though, they find their lives spinning out of control and their bond tested as they embrace their darker sides. Check out the exciting trailer.
Posted by DEZMOND at 12:00 AM