You know how much HOLLYWOOD SPY loves sf movies, and today I have a piece of news on one such film: "Variety" has revealed today that famous Russian Kazakh gone Hollywood director Timur 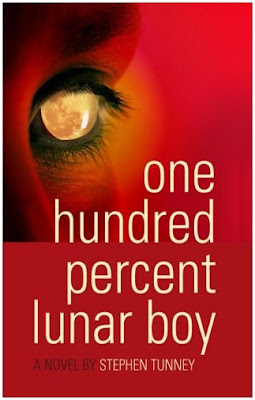 Bekmambetov (you know him for NIGHT and DAY WATCH, WANTED and ABRAHAM LINCOLN VAMPIRE HUNTER and he is also doing THE CASEBOOK OF VICTOR FRANKENSTEIN and MOBY DICK) has found himself a new project. It will be a movie adaptation of Stephen Tunney's sf novel ONE HUNDRED PERCENT LUNAR BOY, in which the story is set 2000 years in the future, with 16-year-old Hieronymus Rexaphin, who lives on the now colonized moon, where he meets a girl from Earth who is inexplicably drawn to him because of his special condition, which gives him the ability to see the future path of time and matter. 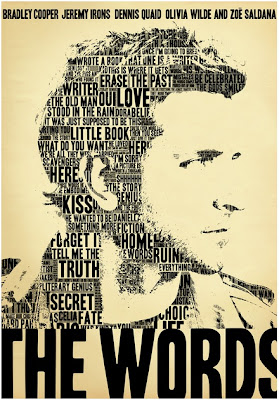 Matthew Riley. As "MovieWeb" reports the story is set in a future where people travel via hovering cars, and hovercar racing is an elite sport. The story centers on a young man who enters an internationally-renowned racing school. You can also check out the interesting first poster for THE WORDS which comes out next year and, starring Bradley Cooper, Jeremy Irons, Dennis Quaid, Olivia Wilde and Zoe Saldana, follows a struggling writer who publishes a lost manuscript under his own name and then discovers the price he must pay for stealing another author's work.
The only trailer I have for you today, on the very slow week when it comes to film news, is for South Korea's official Oscar entry for Best Foreign Film THE FRONT LINE which hits US cinemas next week. Towards the end of the Korean War, an uneasy ceasefire is 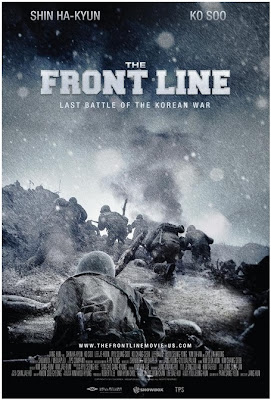 ordered, but out on the Eastern front line of the Aerok Hills  fierce fighting continues. A race to capture this strategic point to determine a new border between the two Koreas is the ultimate prize. At the Eastern border stands the "Alligator Company," known to be the best soldiers on the front line. They are the only unit to have survived the worst battle of the war at Pohang. When a South Korean bullet is found in the dead body of a company commander, Lieutenant of Defense Security Command Kang Eun-Pyo is ordered to investigate Alligator Company for the murder. Upon arrival, Kang Eun-Pyo is immediately shocked at the state of the soldiers, the conditions on the front, and the presence of Kim Soo-Hyuk, a former friend he believed to be dead. With a truce promised for years but no end in sight, one man struggles to make sense of a crime in the face of countless lives sacrificed for war. Don't forget to also check out Serbian Oscar entry MONTE VIDEO, GOD BLESS YOU and the Chinese one FLOWERS OF WAR.
Posted by DEZMOND at 12:01 AM