You already know that beside the best epic show SPARTACUS and their work on MARCO POLO epic show, Starz is also preparing another great epic adventure - DA VINCI'S DEMONS. To be done in cooperation with BBC and penned by David Goyer (MAN OF STEEL), this historical fantasy, 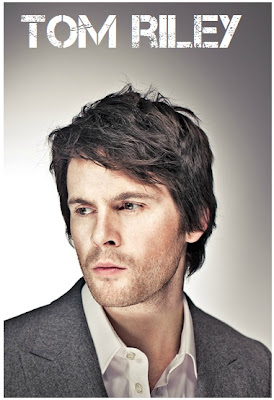 in eight episodes, will follow the untold story of the world's greatest genius during his raucous youth in Renaissance Florence. Brash and brilliant, the twenty five-year old Leonardo da Vinci is an artist, inventor, swordsman, lover, dreamer and idealist. As a free thinker, with intellect and talents that are almost superhuman, he struggles to live within the confines of his own reality and time. He begins to not only see the future, but invent it. Now the new thing is that they've found the lead actor: it will be young British actor Tom Riley whom the Brits know from MONROE and LOST IN AUSTEN. To be shot this summer and aired next year, the show will be produced by DOCTOR WHO producers.


AMAZON MYSTERY!
Today, I have for you another trailer for one of the new shows which will hit small screens this midseason. It's ABC's new, super exciting 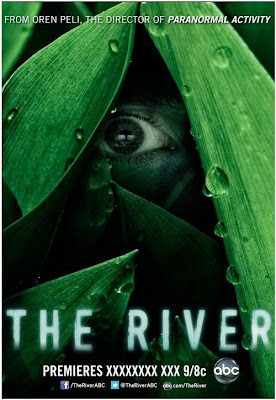 show THE RIVER which premieres February 7th revolving around Dr. Emmet Cole who's gone missing. The beloved host of The Undiscovered Country, which brought the wonder and magic of the natural world into our homes for so many years, has disappeared in the wilds of the Amazon. Gone for six months now, and thought by many to be dead, his emergency beacon went off two weeks ago. Now Dr. Cole’s wife and frequent co-host of The Undiscovered Country, Tess, has begun the search for her husband. With the help of her son, Lincoln, and crew members Tess is looking to be reunited with her husband and save the rest of his missing 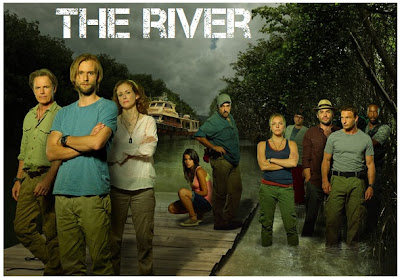 crew. But the search for Dr. Cole may provide more questions than answers. Where have he and the missing crew been? What mysteries of the uncharted Amazon did they capture on film? Can this family that was torn asunder six months ago be miraculously reunited? The world holds its breath as we wait to find out just what became of Dr. Emmet Cole and his crew. 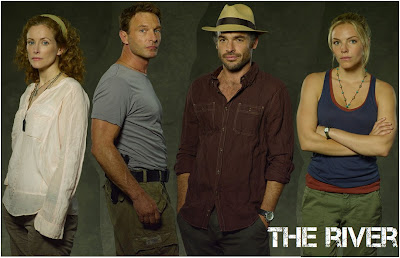 AMAZON TIDBITS
The cast of the show includes Bruce Greenwood, Paul Blackthorne, Thomas Kretschmann and Leslie Hope. It is interesting that the whole show is being advertised as if it is a real life story, it is being shoot too look like some kind of real life TV report, and even the official site is organized in that way. Very interesting marketing. The show is produced by Steven Spielberg.
SAG 2012 FASHION REPORT
So, did you watch last night's Screen Actors Guild Awards? Whom did you like at the red carpet? There weren't any stunning outfits this year, everybody went for quite bold colours. I won't mention the worst dressed, there were too many of those, but interesting ones were Sofia Vergara and Dianna Agron, the two best dressed ladies at the 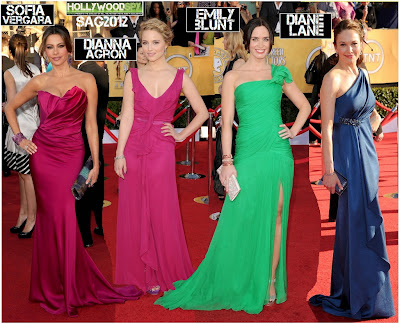 Golden Globes earlier this month, who've opted for very simple and subtle pink dresses, while British beauty Emily Blunt went for long emerald gown with a very sexy deep slit. Diane Lane was refined again in midnight blue. One of the interesting and gorgeous ones was Kaley Cuoco in her mint green gown, while Lea Michele was definitely the sexiest thing that evening in her hot Versace dress and judging from the 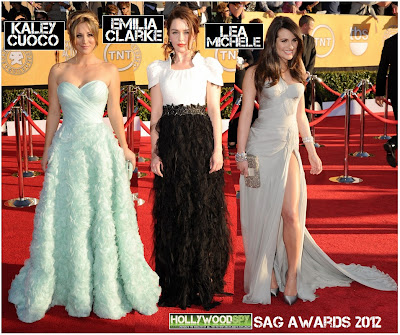 comments around the net everyone seems to agree on that. The strange thing for me was seeing GAME OF THRONES Emilia Clarke for the first time outside the show. I was shocked to discover that the powerful dragon queen was such a plain Jane at the red carpet, couldn't even recognise her. Click on the pics to see them in bigger size!
Posted by DEZMOND at 12:00 AM