Since Hollywood still hasn't waken up from New Year's Eve parties, we shall have a British day here at HOLLYWOOD SPY today, so you better 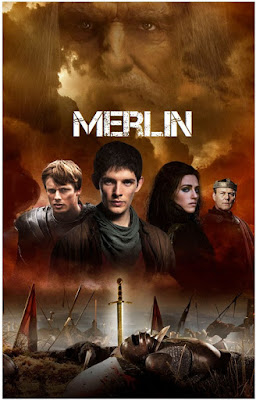 put on your bowler hats and put on your posh British dialects, and bow to her Royal Majesty Judi Dench, although we are not mentioning her here today in any of the projects :) For all of you who love BBC's planetary hit show MERLIN, the good news is that it is starting its fourth season this month in USA too on SyFy (January 6th) starring Colin Morgan and Bradley James. The season has just ended here in Europe with the last 13th episode and it was darker than the previous ones with Morgana becoming the main villain constantly plotting against Arthur who became the king of Camelot after King Uther died at the beginning of the season. Although I'm a huge fan, I must admit I thought this was 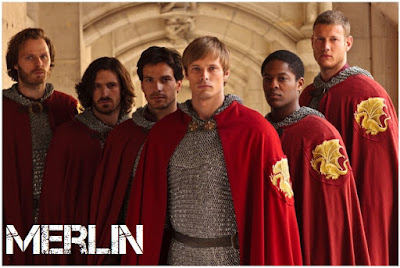 the weakest season so far, since it had bad stories, weak plots and it lost its charming atmosphere. The good thing is that Arthur now has his knights of the round table so at least the cast was refreshed a bit. The fifth season was already ordered before the premiere of this one.


HOLLYWOOD SPY HEADLINES
I'm not sure how much the people over in USA are familiar with ABSOLUTELY FABULOUS, but it was one of the most famous 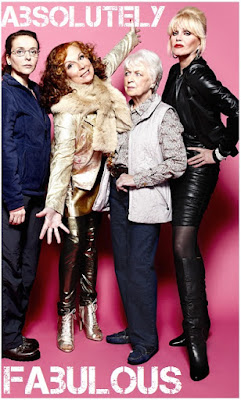 sitcoms ever here in Europe, following two utterly crazy, but absolutely fabulous, ladies celebrity PR agent Edina Monsoon and her chain-smoking best friend, Patsy Stone, in their boozed up escapades :) Well, it seems that the crazy duo, who just had a 20th anniversary Christmas special over at British BBC, will hit the big screens too in 2012. Starring two amazing British comedians Jennifer Saunders and Joanna Lumley, the film will be set at the French Riviera and will see the two of them waking up in the middle of the ocean on a Russian oligarch’s yacht following a party that everyone else has long since departed. Fabulous, absolutely fabulous, dahling :)
With the success of  DOWNTON ABBEY it seems that period series are trendy again, which means that you might like the new TITANIC mini series by famous Julian Fellowes (THE YOUNG VICTORIA, GOSFORD PARK) which will be aired this spring in four parts marking the 100th Anniversary of the ship’s sinking in the Atlantic Ocean. 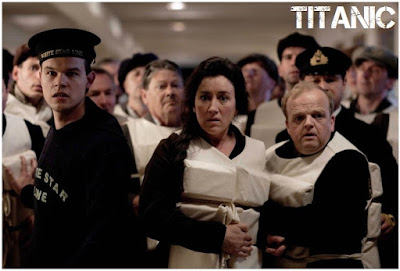 You can check out the first trailer released for the project which should not be mixed with another similar mini series in the making TITANIC BLOOD AND STEEL, which was shot in Serbia for $30 million and stars Derek Jacobi, Chris Noth, Neve Campbell and Kevin Zegers and is an international co production. The last half minute of the trailer is especially beautiful but it seems that the series won't have 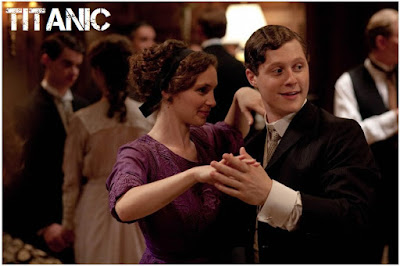 any dominant nor leading stars, at least judging from the clip which doesn't offer any appealing face to cling to. TITANIC will follow different characters ranging from steerage passengers to upper class guests. Each point of view will culminate in a cliff hanger as the ship begins to founder, building to an explosive conclusion which draws 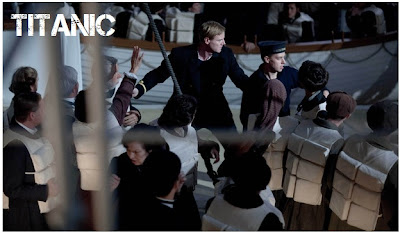 together each of the stories. Viewers will be taken on a heart wrenching journey through Titanic’s last hours, as the drama reveals which of the characters they have come to know so well will survive…and who does not. The cast includes Toby Jones, Linus Roache, Maria Doyle Kennedy... The series airs in April in 50 countries around the world, including ITV in UK and ABC in USA.