Now, I'd generally try to avoid any movie adaptation of Victor Hugo's famous LES MISERABLES novel, since it's a rather grim and monotonous story, but this piece of news might just change 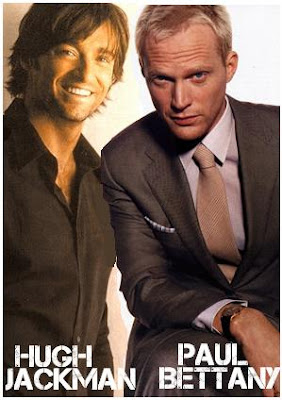 my mind: according to "MovieWeb" Hugh Jackman has signed on to play one of the two lead roles in the story about a prisoner named Jean Valjean, who is on the run from a policeman named Javert during the French Revolution. He will probably be Jean and Paul Bettany might take the role of Javert. As you remember, HOLLYWOOD SPY has informed you before that the director of the film will be Tom Hooper, whom we loved as the director of THE KING'S SPEECH and the famous ELIZABETH 1 mini series with Helen Mirren. And maybe this film could bring Hugh his well deserved first Oscar? 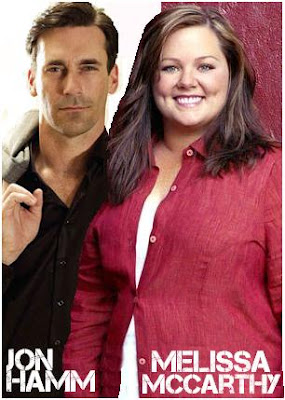 will play in an unconventional love story in which his character will be obsessed with hers. The untitled project will be helmed by Judd Apatow (THE 40 YEAR OLD VIRGIN). Famous TV mogul Darren Star will produce HBO's new show THE VIAGRA DIARIES in which Goldie Hawn will be a woman who struggles with being single for the first time in 35 years, after her husband has a midlife crisis at 65 and leaves her. It's official - Hugh Jackman's THE WOLVERINE will be directed by James Mangold (3:10 TO YUMA, WALK THE LINE, IDENTITY).

As "Entertainment Weekly" reports, the movie adaptation of Joyce Maynard's novel LABOR DAY has just got its two lead
stars: our British rose Kate Winslet and Josh Brolin. The story follows a divorced, broken hearted mother, an ex dancer, and her 13 year old lonely and friendless son, who are spending their Labor Day weekend in New Hampshire when a mysterious bleeding man approaches them and asks for a help. In the next few days he will teach the boy many things he didn't know - from how to throw a baseball to how to put those we love above ourselves. The biggest surprise is that the man who has joined them is an escaped convict and a murderer.
LINK OF THE DAY Our favourite Irishman, Lurk, over at THE ANGRY LURKER brings his review of Jason Statham's THE MECHANIC.
Posted by DEZMOND at 12:00 AM