Well, the biggest treat for today is the first, rather strange looking, poster for this Autumn's huge adventure THE THREE MUSKETEERS. As you remember, we didn't expect much 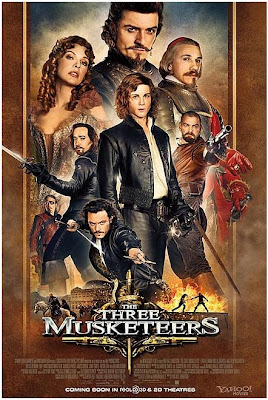 from the film, but the stunning trailer has actually managed to surprise us all and now we wanna watch it. With quite an amazing cast including Logan Lerman as D'Artagnan, Luke Evans as Athos, Ray Stevenson as Portos, Matthew MacFadyen as Aramis, Christoph Waltz as Cardinal Richelieu, Madds Mikelsen as Rochefort, Mila Jovovich as Milady de Winter, Juno Temple as the Queen and Orlando Bloom as Lord Buckingham, the film will bring a visually spectacular new adaptation of the famous novel by Alexandre Dumas. 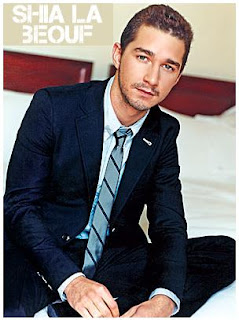 SHORT HEADLINES I'm not sure why, since the previous installment was atrocious, but INDIANA JONES 5 is coming soon if we can trust Shia LaBeoufwho told MTV that Harrison Ford is ready to put his hat on again and that George Lucas is working on the script. Bellow you can check out the first "charming" picture from the second season of last year's breakthrough show THE WALKING DEAD. The show, which is currently being shot in Atlanta, will be broadcast on AMC this Fall and it will follow the new adventures of our heroes surrounded by crazy zombies 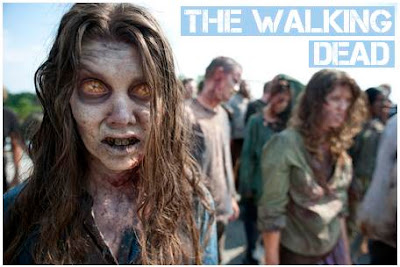 in 13 new episodes. As HOLLYWOOD SPY has informed you earlier this Winter, Darren Aronofsky's next project will be $130 million fantasy epic NOAH, a very dark and edgy retelling of the famous Biblical story.

Check out the new poster for the sf film which comes out this weekend. Directed by J.J. Abrams (STAR TREK) and produced by 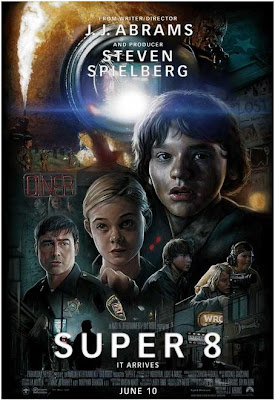 Steven Spielberg, SUPER 8 is a classic summer blockbuster set in the summer of 1979,  when a group of friends in a small Ohio town witness catastrophic train crash while making a super 8 movie and soon suspect that it was not an accident. Shortly after, unusual disappearances and inexplicable events begin to take place in town, and the local Deputy tries to uncover the truth - something more terrifying than any of them could have imagined. If you haven't seen the trailer so far, you can see it in HOLLYWOOD SPY's previous post.
Posted by DEZMOND at 12:00 AM