Ah, so today we are having a trailer day, with two stunning and absolutely breathtaking movie  videos. But before that, check out the short headlines: Christopher Meloni (oh, do you remember 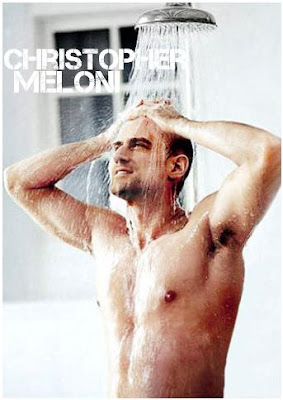 him from OZ?) who is in talks to star in MAN OF STEEL, won't play Lex Luthor, but some general as "Vulture" reports. Fox is preparing a film adaptation of Justin Cronin's book PASSAGE, about a scientific experiment gone horribly awry that unleashes a new breed of vampires on society: vampires which also have the ability to read minds. Ridley Scott is producing. Although it didn't break records at the box office Warner Bros. is ready to greenlit the sequel to GREEN LANTERN! The film has earned less than $100 million so far in USA. 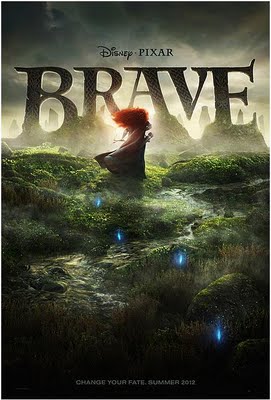 cinemas next year. Set in medieval Scotland it follows the impetuous, tangle-haired princess Merida, who wants to become world's greatest archer. A clash of wills with her mother compels Merida to make a reckless choice, which unleashes unintended peril on her father's kingdom and her mother's life. Merida struggles with the unpredictable forces of nature, magic and a dark, ancient curse to set things right!The voice cast includes Emma Thompson and Kevin McKidd! I swear you won't be able to breathe while watching this one!

And after the truly sensational and groundbreaking first trailer which amazed the audience around the world attracting great praise from the movie lovers, Tarsem Singh has released the 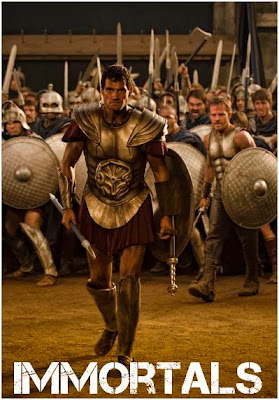 second absolutely stunning and grandiose trailer for his Greek epic IMMORTALS. The film follows the adventure of brave Theseus (Henry Cavill) who has to fight against the evil King Hyperion (Mickey Rourke) on his bloodthirsty quest to release the Titans in their revengeful wrath. Secretly chosen by Zeus (Luke Evans), Theseus must stop Hyperion and his evil hordes with the help of his cunning slave (Stephen Dorff) and visionary priestess Phaedra (Freida Pinto). The film also stars John Hurt as Old Zeus, Kellan Lutz as Poseidon, Isabel Lucas as Athena, Corey Sevier as Apollo! This will be the biggest visual feast ever!

LINK OF THE DAY pop over to Kal's cave for some hilarious MEOW MIX if you like crazy cats, and I know you do :)
Posted by DEZMOND at 12:00 AM