The filming on Tarsem Singh's magical fairy tale adaptation THE BROTHER'S GRIMM: SNOW WHITE has just started today, and over at my dear Jaccsy's I've found this first teaser 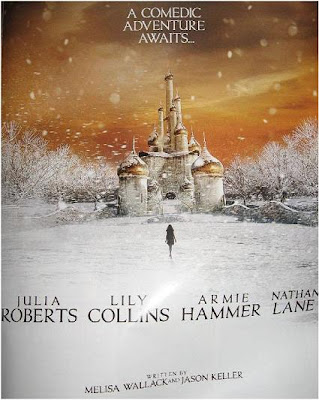 poster or an add for the film. In the sea of Snow White projects, Tarsem's will hold on to the original story and will have the most amazing visual aspect as all of his previous movies. The lead role went to young Lily Collins who is very busy these days getting lead roles in upcoming blockbusters, her dear prince will be played by dashing Armie Hammer (SOCIAL NETWORK),  while Julia Roberts should feel quite natural in the role of the Evil Queen with always hilarious Nathan Lane as queen's clumsy and timid servant. 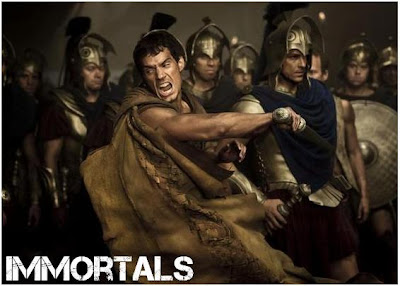 premieres this November. Today you can check out some breathtaking new images which have appeared around the Net recently. As you know the film follows the adventure of brave Theseus (Henry Cavill) who has to fight against the evil King 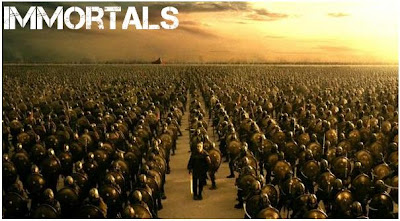 Hyperion (Mickey Rourke) on his bloodthirsty quest to release the Titans in their revengeful wrath. Secretly chosen by Zeus (Luke Evans), Theseus must stop Hyperion and his evil hordes with the help of his cunning slave (Stephen Dorff) and visionary

priestess Phaedra (Freida Pinto). The film also stars John Hurt as Old Zeus, Kellan Lutz as Poseidon, Isabel Lucas as Athena, Corey Sevier as Apollo .. and you can also check out the mind blowing trailer in our previous post on the film. 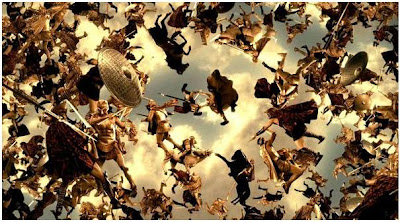 Although it was a bit slow and boring at moments and the dynamics within the episodes wasn't always great, GAME OF THRONES did manage to seduce the audience with its epic 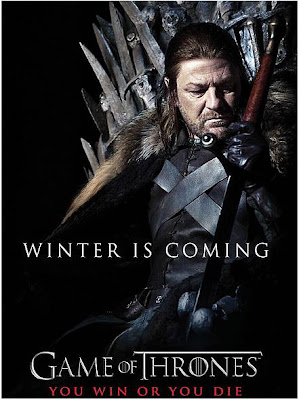 settings, amazing cast, stunning costumes, fantasy elements and of course with lots of beautiful fully naked human bodies (we've seen lots of boobies, a few female secret treasures, one noisy gay blow job and did you notice Alfie Allen's naughty Willy in episode 6? :) And as soon as the epic first season finished HBO has broadcast a short teaser for the second season which should come up next year (yep, a long time to wait). Check out the teaser (which doesn't show much) :) How did you like the first season?