Now, this is a nice piece of news: breathtaking Holliday Grainger, who mesmerized us all with her beauty as Lucretia 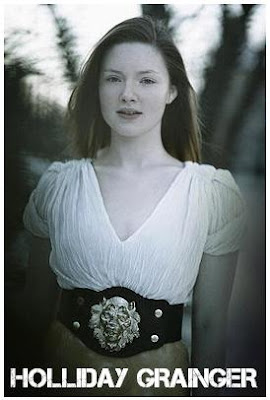 in THE BORGIAS has just joined the new adaptation of GREAT EXPEC TATIONS  To be directed by always sensual Mike Newell (PRINCE OF PERSIA, LOVE IN THE TIME OF CHOLERA), as I already mentioned before the film will feature Helena Bonham Carter as rich lady Miss Havisham, who helps a poor orphan Pip throughout his life, and Ralph Fiennes as escaped convict Magwitch. Grainger will play Miss Havisham's adopted daughter Estella who falls in love with the poor orphan (to be played by Jeremy Irvine). 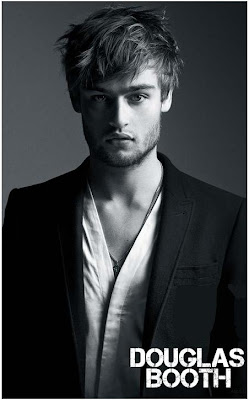 protective nanny with young Ed Westwick as Tybalt, has just found its Romeo. According to "Variety" the lead male role will go to dashing young actor Douglas Booth(THE PILLARS OF THE EARTH). According to "Variety" our dear Brit James McAvoy will replace Michael Fassbender in Danny Boyle's TRANCE, an action drama about an art heist that goes terribly wrong. It seems our dear Luke Evans won't star in ONLY GOD FORGIVES after all :( The lead role has just been taken by Ryan Gosling who will play a career criminal who runs a drug smuggling operation out of a Bangkok boxing gym. 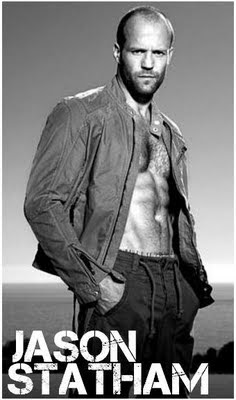 with an elite cast which follows Danny (Jason Statham), one of the world's most skilled special-ops agents. Lured out of self-imposed exile to execute a near-impossible feat of retribution and personal salvation, Danny reassembles his old team of operatives to help rescue his former mentor (Robert De Niro), and to penetrate the highly feared and respected military unit, SAS. Facing off against a covert group of ex-SAS soldiers lead by Spike (Clive Owen) Danny and his team must take down a rogue cell of solider assassins before their actions result in a global political meltdown.The film is out this September.
LINK OF THE DAY If you're a fan of Richard Armitage, my dear Fabo has clips of him from CAPTAIN AMERICA over at her WHITE ROSE blog.
Posted by DEZMOND at 12:00 AM