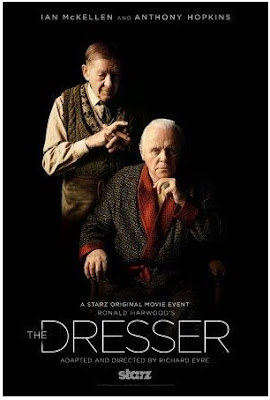 Hallow's Eve is closing up and with it the airing date of BBC Two's new TV movie THE DRESSER with Ian McKellen and Anthony Hopkins, which will also air later at Starz! The two of them are working together for the first time in the movie based on the famous play which tells the story of one fateful night in a small regional theatre during World War Two as a troupe of touring actors stage a production of Shakespeare’s King Lear. Bombs are falling, the sirens are wailing, the curtain is up in an hour but the actor Sir who is playing Lear is nowhere 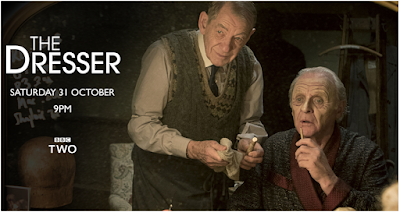 to be seen. His dresser Norman must scramble to keep the production alive but will Sir turn up in time and if he does will he be able to perform that night? Emily Watson is also in the cast! 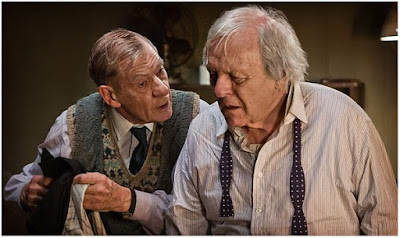 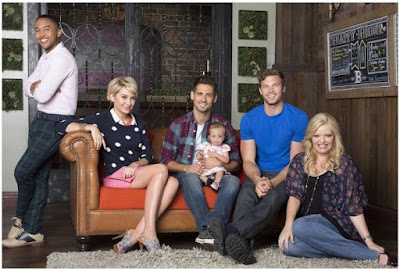 with its almost 100 episodes is close to syndication! Starring Jean-Luc Bilodeau, Tahj Mowry, Chelsea Kane, Melissa Peterman and Derek Theler BABY DADDY was second most watched TV comedy this summer and the best watched on Wednesday nights!
NBC CUTS DOWN SITCOM ORDERS
But over at NBC things ain't looking so bright, because they've cut both Eva Longoria's HOT & BOTHERED sitcom and Ben Feldman's 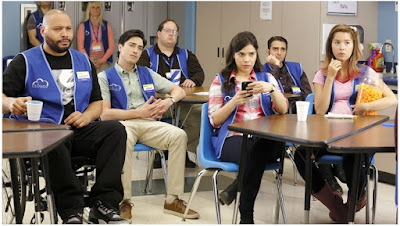 SUPERSTORE to 11 episodes being trimmed from the original 13 episode order for the upcoming mid/season comedies! It's due to the lack of space in NBC's new schedule. 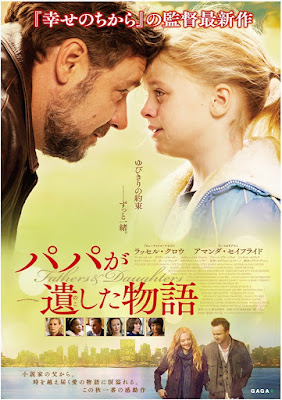 When the past won't let you go, let love see you through... that is the main motto of deeply touching drama with Russell Crowe, Amanda Seyfried, Aaron Paul, Jane Fonda, Octavia Spencer and Diane Kruger. In it, Crowe plays a Pulitzer-winning writer who grapples with being a widower and father after a mental breakdown, while, 27 years later, his grown daughter struggles to forge connections of her own. The movie should arrive to theatres next month around Europe.
Posted by DEZMOND at 1:10 PM