'STILL STAR CROSSED'
TO BECOME ABC EPIC TV SERIES
We're all about freshly announced book adaptations, my bookworms! Starting with ABC and Shonda Rhimes who have nabbed the 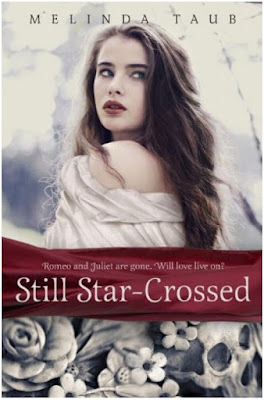 adaptation rights for Melinda Taub's STILL STAR CROSSED novel! To be produced by SCANDAL's Heather Mitchell, it is set in 16th century Verona after the events in William Shakespeare’s tragedy, following the conflict between the Capulets and the Montagues in the wake of Romeo and Juliet’s deaths. In the book, to end the family feud, Prince Escalus orders the most eligible Montague bachelor, Benvolio, Romeo’s best friend, to marry Juliet’s older cousin, Capulet maid Rosaline, the girl Romeo first loved.


'QUEEN OF HEARTS'
TO BE ADAPTED AT UNIVERSAL 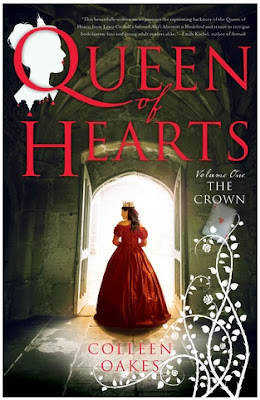 Universal has, on the other hand, bought Colleen Oakes YA book series QUEEN OF HEARTS which will be turned into a movie by MAZE RUNNER's scribe Grant Pierce Myers! Two novels have already been published with the third one out at Harper Collins in 2018!  The plot reimagines the young Queen of Hearts from Lewis Carroll’s famed ALICE IN WONDERLAND fairytale, when she was merely princess of Wonderland Palace. A host of other characters from Alice show up, and the future Knave of Hearts is the love of her young life. 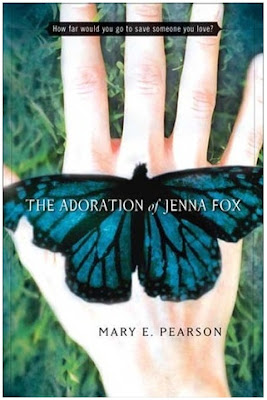 book THE ADORATION OF JENNA FOX is already finished! Set in the near future, a time of antibiotic resistant bacterial diseases and devastating natural disasters, the series follows Jenna Fox, a teenager who wakes from a year long coma with no memory of what happened to her or who she is. As she struggles to remember her life, she discovers strange inconsistencies and experiences increasingly troubled interactions with the people who knew her, learning that the answers may have severe consequences for her, her family and friends, and society at large. 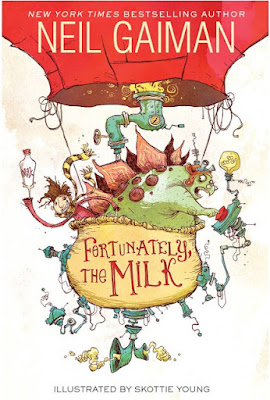 bravery and selflessness exhibited by a father taking care of his children while his wife is away. Despite Mom's advance warning, the family finds itself ready for breakfast but without milk for cereal and tea, so Dad takes a trip to the store to get some. Upon his long-awaited return, he gives the children a fantastical and descriptive explanation of the adventures he faced while trying to make it back home. Not only did he embark on a time traveling hot-air balloon ride with a stegosaurus, but he also confronted pirates, aliens, wumpires, and a volcano god, never losing possession of the milk.
Posted by DEZMOND at 1:30 PM