Not much to report today, it's been a very slow week! Netflix has announced a number of pilots which could turn into series if audience likes them. Among them is western EDGE: THE LONER set in 1868, with Max Martini playing a Union officer turned cowboy, who prowls the post Civil War American west doling out his own peculiar brand of justice. Australian superstar Ryan Kwanten and Yvonne Strahovski round up the cast.
CHRISTINA RICCI IS 'Z'
Meanwhile, Christina Ricci will lead Z playing Zelda Sayre Fitzgerald, the original Jazz Age 1920s icon. It follows her passionate and turbulent love affair with and marriage to writer F Scott Fitzgerald (Gavin Stenhouse) and their lives as a famous couple. The series travels through the wild parties, the wicked jazz and the dissolute artists of the era, as well as the alcoholism, adultery and mental illness that characterised the couple's later years. 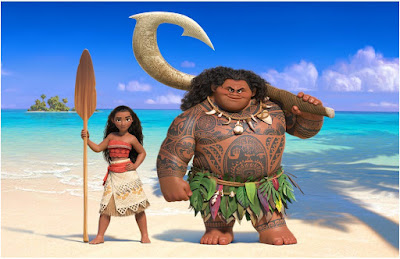 navigator, sets sail in search of a fabled island. During her incredible journey, she teams up with her hero, the legendary demi-god Maui, to traverse the open ocean on an action-packed voyage, encountering enormous sea creatures, breathtaking underworlds and ancient folklore.