CHANNING TATUM TO DIRECT AND STAR IN 'FORGIVE ME, LEONARD PEACOCK' YA ADAPTATION! 'THE PERISHED LAND' EPIC FANTASY SERIES FROM 'ROME' & 'GOT' PRODUCERS! 'WINE OF SUMMER' WITH ETHAN PECK, ELSA PATAKY

YA novel which revolves around  a high school student who plans to kill his best friend and then himself. It is supposed to become Channing Tatum's directorial debut! He would also play a brave teacher who tries to intervene!


'PERI- SHED LAND'
NEW EPIC TV SERIES
And great TV news: ROME and GAME OF THRONES producers will unite in creating THE PERISHED LAND new epic fantasy TV series! The 12 episode series is set in the fictional land of Talanton, a world remarkable for its natural beauty, the fantasy world (Lord Of The Rings meets Avatar), a tribal land of vengeful and benign spirits, rituals, superstitions and the supernatural, which is experiencing its own World Wars, Cold War, collision of tyrannies, ideologies, crises of resources and religions. It will unfold as a Hero’s Quest into a multi stranded narrative


'THE WINE OF SUMMER'
WITH ETHAN PECK, ELSA PATAKY AND MARCIA GAY HARDEN
And here's a movie that is actually out today in USA, although it was shot three years ago. Starring Ethan Peck (Gregory's grandson), Elsa Pataky (Chris Hemsworth's wife), Marcia Gay Harden, Sonia 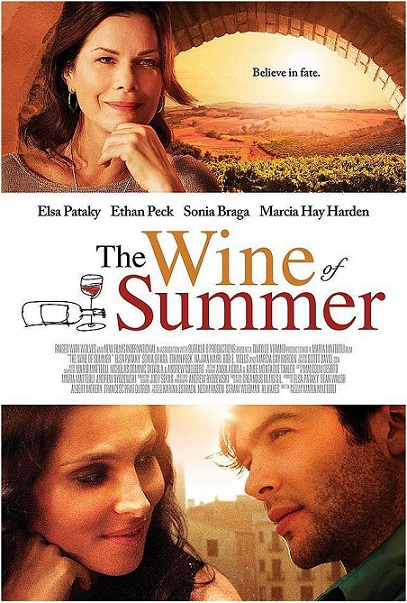 Braga THE WINE OF SUMMER follows a  frustrated actor who travels to Spain in search of a playwright, a trip that unexpectedly binds him to a group of five previously unconnected people.
Posted by DEZMOND at 1:20 PM