YA SATURDAY: 'SHADOWHUNTERS' TV SERIES TRAILER BASED ON 'MORTAL INSTRUMENTS'! 'SHATTER ME' AND 'THE ARCANA CHRONICLES' YA SAGAS TO BECOME TV SERIES!

'SHATTER ME' YA SAGA
TO BE TURNED INTO TV SERIES
We're having a YA day, people, for all you youngsters! Beginning with a saga that yours truly is translating soon for the readers in his country: Tahereh Mafi's SHATTER ME YA 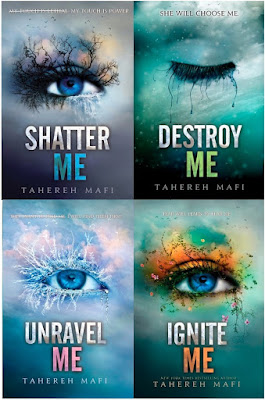 fantasy saga will be made into TV series by ABC Studios with her as a consulting producer. With the second book titled UNRAVEL ME and the third IGNITE ME, the trilogy revolves around a teen girl with a deadly touch who lives in a dark, militaristic dystopia in which diseases are destroying the population, food is hard to find, birds don’t fly any more, the clouds are the wrong colour, and the government wants to tap into her powers for their own reasons. She has to decided: to be their weapon or to be a warrior! Mafi is also known as the wife of Ransom Riggs whose MISS PEREGRINE'S HOME FOR PECULIAR CHILDREN is being adapted into a Tim Burton movie.


'THE ARCANE CHRONICLES'
TO BECOME YA TV SERIES
The second YA TV series coming to us will be the small screen adaptation of THE ARCANA CHRONICLES from Kresley Cole bought this week by Warner Bros! Seamus Kevin Fahey (Battlestar Galactica, The Following) will pen the adaptation of the first book in the

series, POISON PRINCESS. It is a dystopian tale about a young woman who realizes she has the power to rebuild the world. The trilogy also includes ENDLESS KNIGHT and DEAD OF WINTER, and the fourth book is out next year. Adam Shankman is producing. 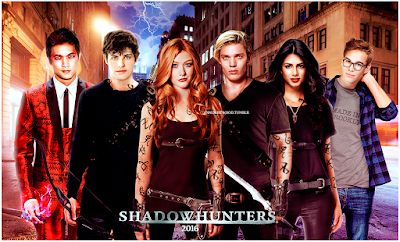 trailer with some extremely cheesy acting in it. To air some time next year, it will follow young Clary (Katherine McNamara), who discovers on her birthday that she is one of the Shadowhunters, human 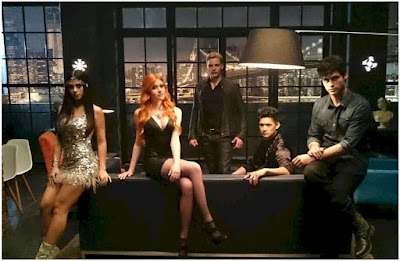 angel hybrids who hunt down demons. The kidnapping of Clary's mother sparks the young girl to go demon hunting with fellow Shadowhunter Jace (Dominic Sherwood) and her best friend Simon 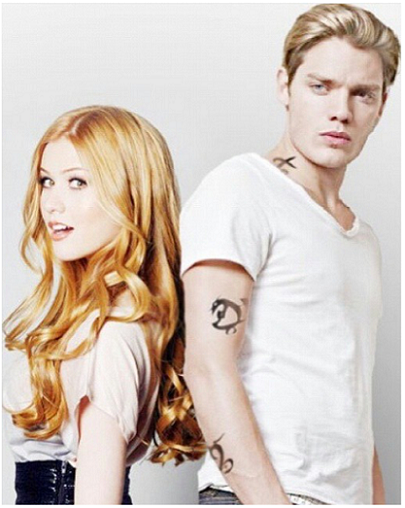