JENNIFER ANISTON TO LOSE MEMORY IN 'WHAT ALICE FORGOT'! NICOLE KIDMAN TO KILL HER HUSBAND IN 'SILENT WIFE'. 'HELLO, MY NAME IS DORIS' TRAILER WITH SALLY FIELD, MAX GREENFIELD

Female stars news, today,  people: beside the news of Sandra Bullock possibly leading an all female version of OCEAN'S ELEVEN, there's yet another movie adaptation to announce: as 'The Hollywood Reporter' writes today, Jennifer Aniston will lead the cast in the movie version of Liane Moriarty's WHAT ALICE FORGOT bestselling book over at TriStar. She is set to play Alice, a 40-year-old who suffers head trauma at the gym and awakens believing that she is still 25 and that her life is far better than it actually is. She thinks she's 25, in love with her husband and her career and pregnant with her first child, but instead she's a mother of three who is about to get divorced and her life's different. 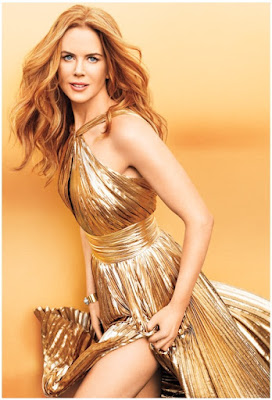 Meanwhile, another Hollywood lady, Nicole Kidman is said to have taken the lead role in Adrian Lyne's new movie SILENT WIFE, his first one after 2002's UNFAITHFUL with Diane Lane! Again, it will be a big screen adaptation of a book, this time of based on the bestselling 2013 A.S.A. Harrison novel of the same name, in which, as 'Deadline' reports, the story revolves around a husband who starts an affair with the early 20ish daughter of his best friend. That’s dangerous enough, but the least of his worries. His wife (Kidman) discovers the affair, and plots his murder. a sixty something woman who decides to have a run for her much younger co worker played by Max Greenfield.
Posted by DEZMOND at 1:10 PM