Well, these are certainly good news. You remember that earlier this summer, I reported on Darren Aronofsky preparing a huge Biblical epic NOAH with a dark twist and with Christian Bale in the lead role. Well as much as I love his talent, I did lose a lot of love for Bale ever since he took the role in that horrid dark knight morbid rubbish, 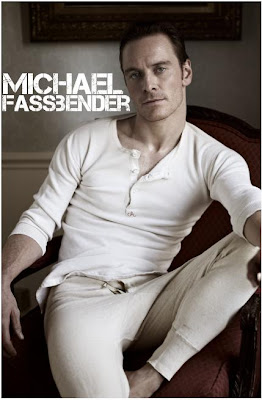 so it's good news to me that he has apparently given up on the role which could now, according to "Variety" go to Michael Fassbender. The film is set in a world without hope, a world with no rain and no crops, dominated by warlords and their barbarian hordes. In this cruel world, NOAH was a good man. Seasoned fighter, sage and healer but he only wanted peace for him and his family. Yet every night, Noah was beset by visions of an endless flood, symbolizing the destruction of all life. Gradually, he began to understand the message sent him by the Creator. He had decided to punish the men and kill them until the last. But he gave Noah a last chance to preserve life on Earth... 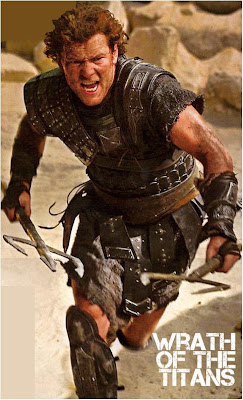 Cho, the sequel to the major blockbuster will have some new additions. Apparently there will be a new female character for which Alice Eve (THE RAVEN) and Teresa Palmer (MAD MAX FURY ROAD) are currently testing, and there were also rumors that Benicio Del Toro has been offered the villain role. Entertainment Weekly has published some new pics from next year's blockbusters, and one of them is for WRATH OF THE TITANS, the sequel to the worldwide hit which again stars Sam Worthington as Perseus, alongside Ralph Fiennes as Hades and Liam Neeson as Zeus. The second one is for HANSEL & GRETEL: WITCH HUNTERS, a darker version of the famous tale in which little Hansel and Gretel are grown up 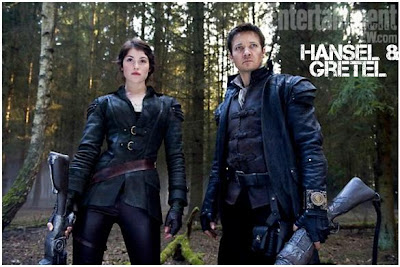 and are in the business of witch hunting. They are played by gorgeous Gemma Arterton and weak Jeremy Renner who seems misplaced in this role. The trailer arrives next week.
Ah, that Tom Cruise, it seems all of his craziness and weirdness can't stop him from getting huge new roles. According to "Variety", 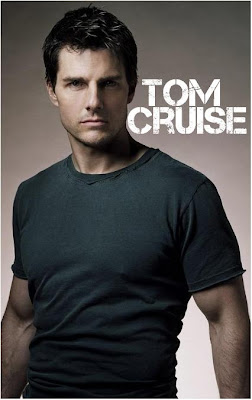 after he finishes shooting HORIZONS (in which he plays a futuristic pilot in the world which lives above the contaminated Earth), he will score another huge sf role - it seems that Doug Liman has convinced him to take the lead role in WE MORTALS ARE (formerly known as ALL YOU NEED IS KILL) where he will play a soldier in a war against aliens who finds himself reliving his last day over and over after being killed. Through the training and battles he experiences in these time loops, he becomes a better soldier. The role was previously eyed by Keanu Reeves, Ryan Gosling and Joseph Gordon Levitt.
Posted by DEZMOND at 12:00 AM