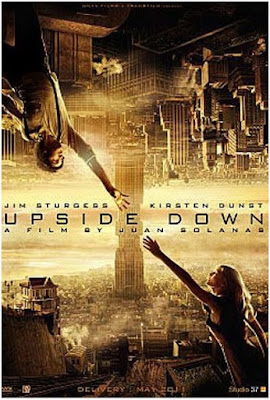 The end of December and beginning of January are known as the worst weeks in movie news business, so it's not easy finding fresh info in this part of the year. Bare with me people, bare with me, better times are coming ;)

AMAZING UPSIDE DOWN
The first thing I have for you today are the first pictures from one of our most anticipated sf films in 2012, an unusual sf story UPSIDE DOWN which will obviously have a very unique and probably spectacular visual appeal. With the budget of around $ 60 million and with Kirsten Dunst and Jim Sturgess in the lead roles, the story of this romantic sci fi movie takes place in two worlds that are literally on top each other, each city with their own gravity system.

Sadly, the citizens of each town can not visit the other, for unknown reasons. Jim Sturgess plays the main character Adam, a seemingly ordinary guy in a very extraordinary universe. He lives humbly trying to make ends meet, but his romantic spirit holds on to the memory of a girl he met once upon a time from another world, an inverted affluent world

with its own gravity, directly above but beyond reach... a girl named Eve (Kirsten Dunst). Their childhood flirtation becomes an impossible love. But when he catches a glimpse of grown up Eve on television, nothing will get in the way of getting her back. Not even the law or science! Like any good lovelorn hero, he's not going to let a little thing like gravity get in the way of his heart's desire. 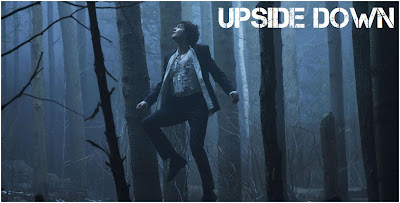 Look up towards the sky and rub your eyes because you won't believe what you see: cities, forests, and oceans with their own inverted gravity, only an arm's length away, yet completely unreachable. Take a leap over to this alternate reality, two worlds - one above, one below facing each other, and you'll land in the extraordinary world of UPSIDE DOWN.

HOLLYWOOD SPY has been following this film since 2009 and I can't wait to finally see the first trailer. In the meantime enjoy the first pictures.

RPATS WANTS TO BE UR BEL AMI
The only trailer I have for you today is a new one for my ladies: a UK clip for period drama BEL AMI which should hit British cinemas next 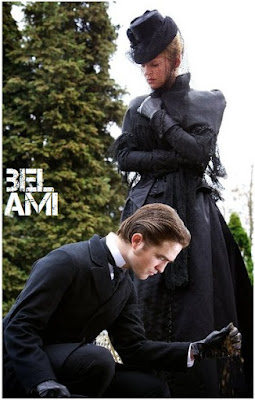 March, but it still doesn't have a US release date. This adaptation of a Guy de Maupassant’s novel stars that guy some ladies love for unfathomable reasons, Robert Pattinson alongside some forgotten actresses such as Christina Ricci, Kristen Scott Thomas and Uma Thurman. The story follows a man's rise to power in Paris by manipulating the city's most influential and wealthy women. He travels through 1890s Paris, from cockroach ridden garrets to opulent salons, using his wits and powers of seduction to rise from poverty to wealth, from a prostitute’s embrace to passionate trysts with wealthy beauties. And all of this happens in a world where politics and media jostle for influence, 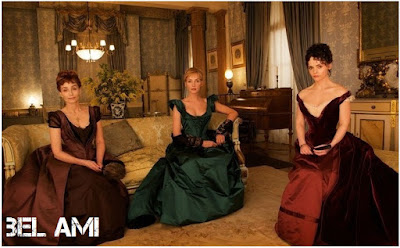 where sex is power and celebrity an obsession. But beware, the trailer features lots of really bad acting and frigid facial expressions from RPats, Thurman and even Scott Thomas. And in case you're interested the beautiful song in the very end of the trailer is "Nara" from E. S. Posthumus.

And have you noticed that HOLLYWOOD SPY has had it's 1,000,000th visitor last night? My dearest L.G. Smith took a print screen of the moment when the stat counter was at 999,999 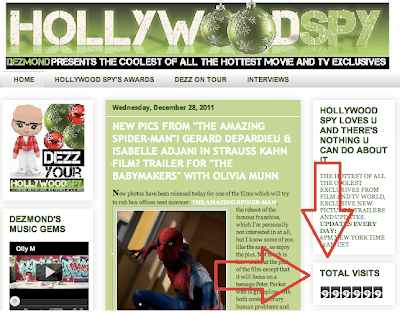