GRIPPING TEASER FOR "THE IMPOSSIBLE" WITH EWAN MCGREGOR & NAOMI WATTS! 1ST PICS FROM "CLOUD ATLAS" FROM "THE MATRIX" HELMERS! NEW POSTER FOR "THE PAPERBOY" WITH NICOLE KIDMAN, ZAC EFRON AND MATTHEW MCCONAUGHEY

It's seems I will have great pics from an upcoming sf film today again, after yesterday's UPSIDE DOWN photos. Twitch has released first concept art from CLOUD ATLAS, a new film by a trio of directors - Tom Tykwer (RUN LOLA RUN, PERFUME) and Lana and Andy Wachowski (we haven't seen almost anything from the last two ever 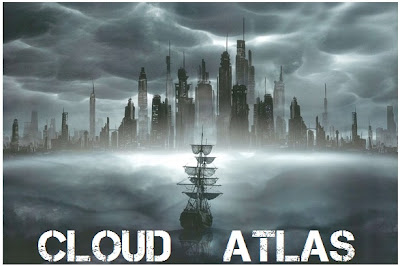 since their THE MATRIX saga). These first pics show a futuristic image of Seoul in 2144 in which the film is set. Based on a bestselling book by David Mitchell, the intricate and complex movie features six intertwining story lines set in a different times and places that become intricately related to each other, with actors playing roles in each time. The stories span from the 19th Century to a post apocalyptic 22nd 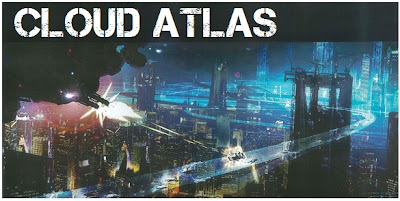 Century.The cast of the film is rather big and filled with well known names from Tom Hanks, Hugo Weaving, Hugh Grant, Jim Sturgess and Ben Whishaw, to Susan Sarandon, James D'Arcy, Jim Broadbent, Halle Berry....It is also quite unusual that having in mind its $ 100 million budget and 2012 release, the film has had zero marketing so far.

HOLLYWOOD SPY HEADLINES
One of the new posters released today around the net is the first one for THE PAPERBOY, a movie adaptation of Peter Dexter's novel. You 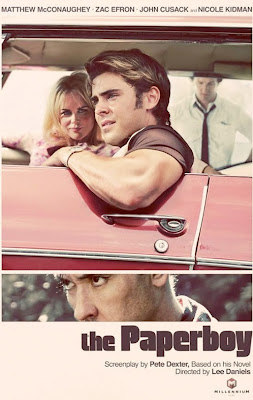 probably remember HOLLYWOOD SPY mentioning this film during the casting process, since they have quite a lot of big names in the cast. The story of the film follows Ward James (Matthew McConaughey), a Miami Times reporter who returns to his hometown to investigate the murder of a local sheriff  and is eventually helped by his younger brother Jack (Zac Efron) as they investigate the possible wrongful conviction of a man on death row. Throughout the process Jack falls for the woman (Nicole Kidman) whom the convict (John Cusack) has been romancing through prison correspondence. The film should hit cinemas sometime next year.
One of the very few clips that have appeared around the net this week is a highly atmospheric and intriguing Spanish teaser for THE IMPOSSIBLE, an English language film debut by  Juan Antonio Bayona, 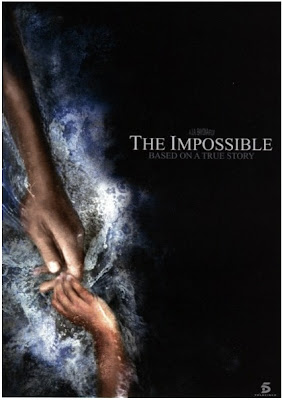 who directed THE ORPHANAGE. The film, which still doesn't have a US release date stars Ewan McGregor and Naomi Watts as a family caught in the tsunami that hit Thailand seven years ago: Maria, Henry and their three sons begin their winter vacation in Thailand, looking forward to a few days in tropical paradise. But on the morning of December 26th, as the family relaxes around the pool after their Christmas festivities, a terrifying roar rises up from the center of the earth. As Maria freezes in fear, a huge wall of black water races across the hotel grounds toward her.
Henry grabs the two youngest boys, but it’s too late: the wave smashes into him with incredible force and dislodges his grip. Maria is pushed

underwater, where she is crushed and battered by debris to the brink of death. She finally surfaces in a raging black sea, which has completely submerged her three-story hotel and the surrounding landscape. Maria gasps for breath while she tries to understand what has just happened,

convinced that her family has been obliterated in the blink of an eye. But then, her eldest son, surfaces a few meters ahead in the wild flood. Face-to-face with something unexpected and incomprehensible, she must fight against all odds for her child’s survival. And her own.
Posted by DEZMOND at 12:00 AM