THRILLING TRAILER FOR GUY PEARCE'S SF "LOCKOUT"! "STARSHIP TROOPERS" GETTING A REMAKE? "HOW TO LIVE SAFELY IN A SCIENCE FICTIONAL UNIVERSE" FILM! FELICITY JONES IS RALPH FIENNES' "THE INVISIBLE WOMAN"

Well, since pretty much everything is getting a remake in Hollywood, why not STARSHIP TROOPERS too? According to "NY Magazine", the writers of X-MEN: FIRST CLASS have been hired to pen the script for the remake of Paul Verhoeven's sf classic 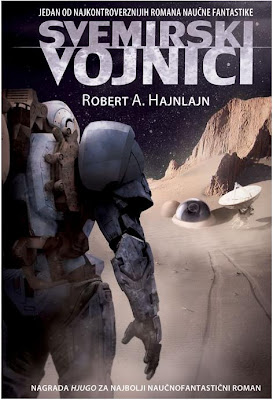 from the 90's. As you probably remember, the original film was quite a successful satire on the militarism and colonialism in modern society based on the books by Robert Heinlein. The book itself was rather controversial describing a futuristic society in which the only way to reach a privileged citizen status is to join the army and go fighting some alien bugs around the universe. Unlike the book, which also had traces of fascism and racism, the film was more successful in ridiculing and mocking modern society's tendency to take wars and killings for granted. The image in the post is the cover of the Serbian edition which yours truly translated last winter.


HOLLYWOOD SPY HEADLINES
According to "The Hollywood Reporter" famous director Chris Columbus has bought the rights for the film adaptation of novel HOW TO LIVE SAFELY IN A SCIENCE FICTIONAL UNIVERSE by Charles Yu. The story in this book revolves 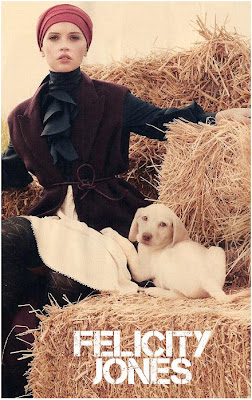 around Charles Yu, a time travel machine repairman who has spent the past ten years spanning the decades in search of his father. When he falls into a potentially disastrous time loop, he must find a way to save the entire universe. I've recently mentioned that Ralph Fiennes is preparing THE INVISIBLE WOMAN, but it's not what you think :) It's a story of Charles Dickens' mistress who will now be played by Felicity Jones. Based on the book by Claire Tomalin, the film will depict the secret affair between Charles Dickens and Nelly Ternan. Ralph Fiennes will take the lead role and will also direct the period movie.
The first trailer for new sf film LOCKOUT has been released today. As you remember from HOLLYWOOD SPY's previous reports, the film produced by famous Luc Besson was shot last winter in Serbia and the story is set in outer space with Guy Pearce playing a man wrongly convicted of conspiracy to commit espionage against the U.S. He is offered his freedom if he can rescue the president's daughter (Maggie Grace) who is held hostage in an 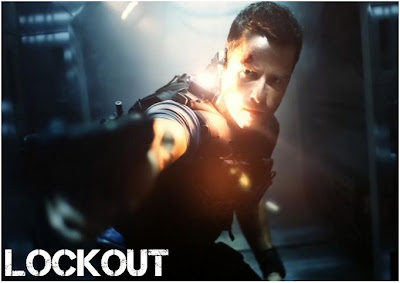 outer space prison that orbits 50 miles above the earth and is home to 500 of the most dangerous violent criminals on the planet who have taken it over. The film has two directors - Stephen St. Leger and James Mather, and is produced by Besson's "Europa Corp" studio, while their partner in Serbia is "Work In Progress" company which has worked on Ralph Fiennes' movie CORIOLANUS and THE BROTHERS BLOOM with Rachel Weisz and Adrien Brody which were also shot in Serbia. The budget of the film was around $30 million. 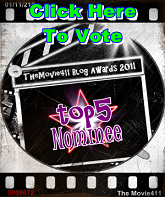 I had thought I wouldn't run for the second year in TheMovie411BlogAwards, which attracted hundreds of blogs last year, because I wanted to leave the arena for other fighters, but they've informed me people have still been voting for me this year too, so please be charming as you are and pop over there and vote for HOLLYWOOD SPY in Best Gossip and Gold Blog categories :) You can vote till December 18th! Thank you, dear people!
Posted by DEZMOND at 12:00 AM