The second part of BEST AGE DEFYING ACTRESSES is finished after three weeks of voting, and the absolute winner this time is Helen Mirren who took amazing 48% of your votes, leaving behind her Michelle Yeoh (15%) and Julianne Moore (14%).

Now, I know you love British legend Helen Mirren both for her charming  acting talent and for her trade mark naughtiness. As you remember, back in her youth, she was one of the actresses who didn't have a problem with taking their clothes off in front of the camera, and everybody still remembers the famous or infamous CALIGULA from 1979 which is the first and the last of the mainstream films to try to mix epic and erotic or even pornographic in one film. Among hundreds of nude people in that film we've seen Helen Mirren too. But the mature age didn't make her become shy, so she still thrills her fans from time to time with nude pics of her 66 years old body. After CALIGULA, one of her best roles was in equally unusual epic EXCALIBUR from 1981 in which she played Morgana. Continuing her royal roles, after that we saw her in THE MADNESS OF KING GEORGE, and she was even using her voice to play queens in animated flicks SNOW QUEEN and THE PRINCE OF EGYPT, 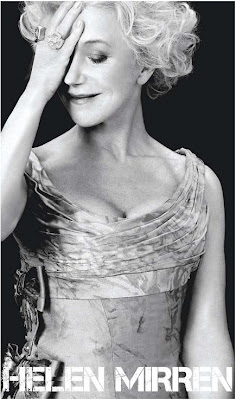 and then she was queen again in marvelous TV mini series ELISABETH I next to Hugh Dancy and Jeremy Irons. After that came her most famous role, for which she won an Oscar, again playing Elisabeth but the Second one in THE QUEEN. If you ask me personally, I loved her best in amazing film THE ROMAN SPRING OF MRS. STONE a deeply passionate drama in which she seduced or was seduced by extremely younger hunks Olivier Martinez and Rodrigo Santoro. In more recent years we've seen her in a lot of really bad films, rather unfitting for her talent from INKHEART, NATIONAL TREASURE, THE DEBT and STATE OF PLAY, to THE TEMPEST and ARTHUR. But she did give great performances in THE LAST STATION as the 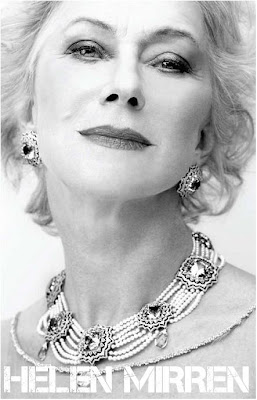 wife of Leo Tolstoy and as madame in LOVE RANCH which was directed by her real life husband Taylor Hackford. As you know, in the future we shall see her next to Anthony Hopkins in ALFRED HITCHCOCK AND THE MAKING OF PSYCHO.
Most people don't know that she is of Russian origin and her real name is Ilyena Lydia Vasilievna Mironoff. She received the title of Dame from the Queen in 2003. She is one of the very few people to receive two acting Golden Globes in the same year and she got them for playing Elisabeth I and Elisabeth II. Believe it or not, she has just one Oscar, but was nominated four times. 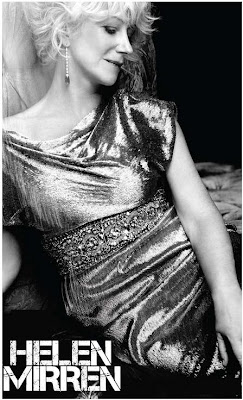 of actors and actresses who had great roles this year and who won media attention and love of the fans securing themselves a lot of great future projects. So, who is the best among them: Henry Cavill (IMMORTALS, THE MAN OF STEEL, THE COLD LIGHT OF DAY), Luke Evans (IMMORTALS, THE THREE MUSKETEERS, THE RAVEN, THE HOBBIT), (X-MEN FIRST CLASS, SHAME, A DANGEROUS METHOD), Michael FassbenderChris Hemsworth (THOR, SNOW WHITE AND THE HUNTSMAN), Jennifer Lawrence (X MEN FIRST CLASS, THE HUNGER GAMES), Tom Hiddleston (THOR, DEEP BLUE SEA), Melissa McCarthy (BRIDESMAIDS).
Posted by DEZMOND at 2:02 PM