NEW TRAILER FOR EWAN MCGREGOR'S "PERFECT SENSE"! SAOIRSE RONAN GOES WW2 IN "HOW I LIVE NOW"! SCARY JACKAL FROM VIN DIESEL'S "RIDDICK"! REMAKE OF "BONNIE AND CLYDE" HAS ITS CAST

Young Irish star Saoirse Ronan didn't get a role in THE HOBBIT, but she keeps getting some other ones. Beside playing the lead 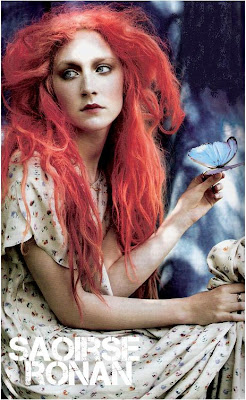 in Andrew Niccol's sf film THE HOST as a girl whose soul is invaded by an alien, giving her voice in animated flick JUSTIN AND THE KNIGHT OF VALOUR, and playing a vampire in Neil Jordan's BYZANTIUM, she will now also star in HOW I LIVE NOW. As "Variety" reports she will portray Daisy, a teenage girl from New York City who travels to England to spend the summer with family in the English countryside. When World War II breaks out and insurgents invade, Daisy and a younger girl named Piper must survive alone in the woods as they try to make it to safety. The film will be based on a novel by Meg Rosoff.

HOLLYWOOD SPY HEADLINES
According to "Variety" yet another film to get its remake is THE STORY OF BONNIE AND CLYDE, with young and hot 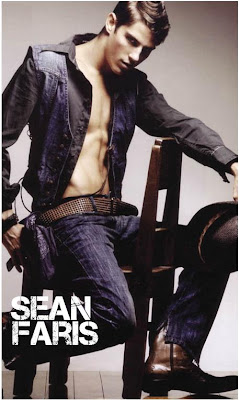 Sean Faris (LIFE AS WE KNOW IT, THE VAMPIRE DIARIES) and Lindsay Pulsipher (TRUE BLOOD) taking the roles originally played by Warren Beatty and Faye Dunaway. The new film aims to explore many aspects of the lives of the Depression era bank robbers that have never been seen on the big screen before. As you've probably noticed financial crises is all around us, and Hollywood isn't immune to it either. Many projects are suffering cutbacks in their budgets or are being put on hold (ARTHUR & LANCELOT epic and sf AKIRA are the latest to be postponed) and Vin Diesel's RIDDICK is also having similar problems. He is really straining his muscles to find enough financing for the third part in his famous sf saga which 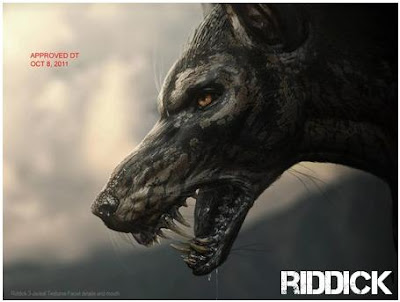 will again star Karl Urban and himself, and he keeps releasing concept art pics in order to raise the interest. The latest one is a really scary concept art of the jackal, one of the beasts Riddick will have to fight against.
After yesterday's trailermania, the only new clip I have for you today is the second trailer for unusual apocalyptic romantic 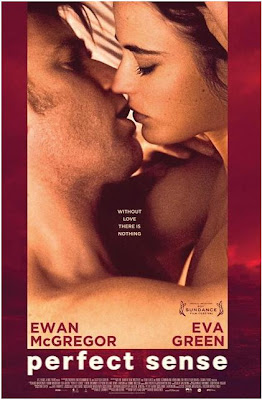 drama and thriller, everything in the mix, PERFECT SENSE in which brilliant Ewan McGregor is, unfortunately, matched with always one-dimensional Eva Green in the story about two strangers who form a desperate romantic connection and fall in love with each other while their city is facing an apocalyptic epidemic of sensory loss in which people lose sight, smell, hearing... one by one. Will they lose love too, without their senses? The film is directed by David Mackenzie who worked previously with Ewan on YOUNG ADAM, a film mostly remembered for Ewan sporting his naked willy in at least half of the scenes :)