I'm sure that you will rejoice when I tell you that we are having an Ewan McGregor day today at HOLLYWOOD SPY :) By some strange coincidence he is having two trailers for his new films 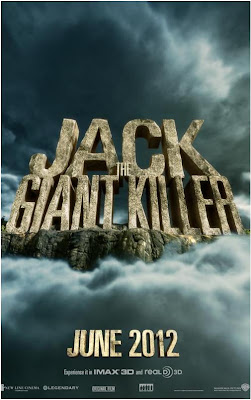 released this weekend. The first one is for one of next summer's most exciting fantasy epics JACK THE GIANT KILLER. Premiering next June it is directed by Bryan Singer (USUAL SUSPECTS, X MEN) and stars young Nicholas Hoult in the story of an ancient war that is reignited when a young farmhand unwittingly opens a gateway between our world and a fearsome race of giants. Unleashed on the Earth for the first time in centuries, the giants strive to reclaim the land they once lost, forcing the young man, Jack, into the battle of his life to stop them. Fighting for a kingdom, its people, and the love of a brave princess, he comes face to face with the unstoppable warriors he thought only existed in legend and gets the chance to become a legend himself. Ewan McGregor plays the head of the Royal Guard, and the cast also includes three smashing gents Ian McShane, Stanley Tucci and Bill Nighy. 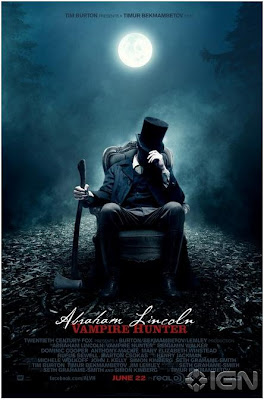 theaters next June, the film follows the infamous American president who leads the state by day and hunt vampires by night. This silly business stars young Benjamin Walker in the lead role (he is mostly known as Meryl Streep's future son in law), Anthony Mackie, Dominic Cooper and Rufus Sewell, or as we call him RufRuf, as his vampire nemesis. Deadline reports that Reese Witherspoon has joined DEVIL'S KNOT a drama in which she will play Pam Hobbs, the mother of a West Memphis 3 murder victim, who initially believes the trio committed the crime, but eventually is persuaded that they are innocent. Unusual choice for the romcom star.
The second Ewan McGregor's trailer for today is equally charming and promotes SALMON FISHING IN THE YEMEN which will open in cinemas next March also starring mesmerizing Emily Blunt. Directed by one of the most heartwarming directors ever Lasse Hallstrom (CHOCOLAT, AN UNFINISHED LIFE, DEAR 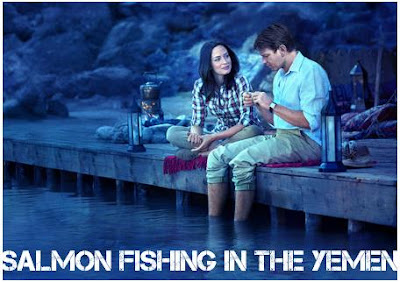 JOHN) the film follows Dr. Alfred Jones, a henpecked, slightly pompous middle-aged scientist at the National Centre for Fisheries Excellence in London, who is approached by a mysterious sheik about an outlandish plan to introduce the sport of salmon fishing into the Yemen. Dr. Jones refuses, but the project, however 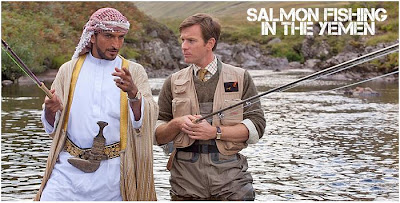 scientifically absurd, catches the eye of British politicians, who pressure him to work on it. His diaries of the Yemen Salmon Project, from beginning to glorious, tragic end, form the narrative backbone of this novel; interspersed throughout are government memos, e-mails, letters, and interview transcripts that deftly capture the absurdity of bureaucratic dysfunction.

And, please, don't forget to vote for HOLLYWOOD SPY in Movie411BlogAwards, especially in Gold Blog category (it's at the bottom of the voting page), don't let me lose, dear people :) The voting closes this Sunday.
Posted by DEZMOND at 12:00 AM