As you know, fantasy sagas for teens and kids are, for some strange reason, currently the biggest hit in Hollywood, and beside THE HUNGER GAMES and THE MORTAL INSTRUMENTS, another 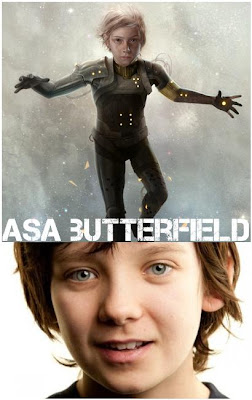 one of these will be ENDER'S GAME. According to "Variety", the movie adaptation of Orson Scott Card's sf novel from the 80's has just got its lead star: little Asa Butterfield (whom you've seen recently in the trailer for Scorsese's HUGO, and before that in BBC's MERLIN) will take the role of a gifted young gamer with an almost preternatural capacity for strategy and logistics who is recruited by the government to help battle an insect-like alien race. It is interesting that Harrison Ford might get the role of Colonel Hyrum Graff, the Commander of Training for the International Fleet, an elite boys' military academy, while little Hailee Steinfeld could get the role of the girl from the Salamander Army. Coming to cinemas in 2013, the film is directed by Gavin Hood (WOLVERINE, TSOTSI).


HOLLYWOOD SPY HEADLINES
Well, the whole world loves Serbia's Novak Djokovic, world's tennis player number one, and it seems he will carry his natural charm and comedic talent to the movie world as well. Apparently 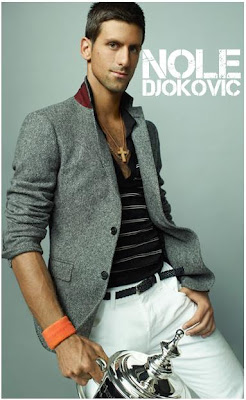 he has visited the sets of THE EXPENDABLES 2 in Bulgaria. He will have a small bad guy role in the movie with the incredible cast which includes  Sylvester Stallone, Bruce Willis, Chuck Norris, Jean-Claude Van Damme, Arnold Schwarzenegger, Liam Hemsworth... As you know the upcoming movie adaptation of famous novel LES MISERABLES by Victor Hugo, already has Hugh Jackman, Russell Crowe, Anne Hathaway and Eddie Redmayne, which means that one of the roles left unoccupied is the one of young Eponine. According to latest rumors actresses currently fighting for this one include Lea Michele from GLEE, country star Taylor Swift and sex bomb Scarlett Johansson. Lea is apparently the top contender so far.
According to "MovieWeb" we shall be watching a movie adaptation of Cherie Priest's fantasy novel BONESHAKER some time in 2013. Nominated for famous Hugo award back in 2010, this 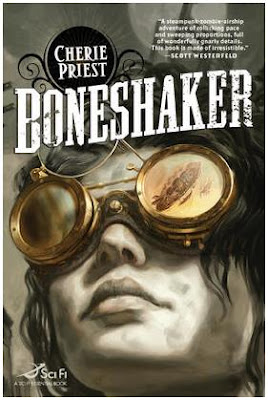 steampunk science-fiction incorporates futuristic innovations into a Victorian setting with the story which is set in an alternate version of 1880s Seattle, where the city has been walled in and a toxic gas has turned many of its remaining residents into "Rotters", more commonly known as zombies. A young widow hunts for her teen son in the Seattle underworld, while dealing with airship pirates, a criminal overlord and heavily armed refugees. The saga has two more books - DREADNOUGHT and GANYMEDE. The whole project is described as Jules Verne meets Resident Evil :)
Posted by DEZMOND at 12:00 AM