For some reason a lot of the 2012 big films are releasing trailers or pictures this festive week, we are having THE HOBBIT trailer 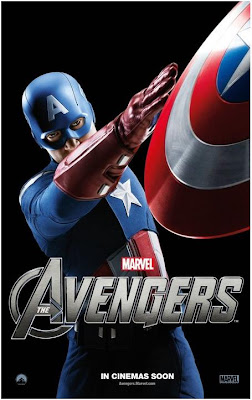 tomorrow and PROMETHEUS trailer later this week,while today you can enjoy the first character posters for one of next year biggest super hero flicks THE AVENGERS featuring Thor (Chris Hemsworth), Captain America (Chris Evans), Loki (Tom Hiddleston), Black Widow (Scarlett Johansson), Hawkeye (Jeremy Renner) and Bruce Banner (Mark Ruffalo). The plot of this Marvel's film is still kept a secret, but it is known that the S.H.I.E.L.D. agency will bring together a team of superhumans to help save the Earth from annihilation by extraterrestrial invaders. To hit cinemas next May, opening the summer season, this action adventure is directed 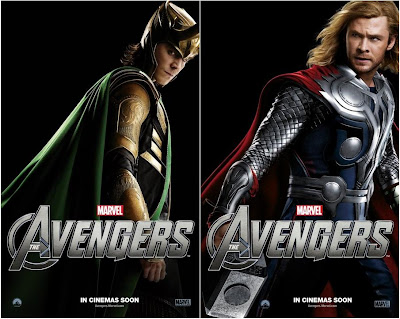 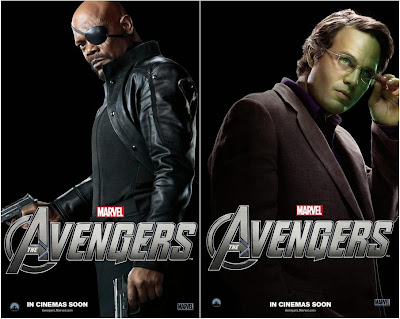 his friend from Whedon's FIREFLY sf show Morena Baccarin also auditioned for one of the roles. Lou Ferigno, who is known as the original Hulk, will give his voice in the film which will have Tom Hiddleston's Loki as one of the main villains who will bring the Kree-Skrull war to Earth, thus requiring the Avengers' formation.

HEARTWARMING TRAILERS WEEK
Continuing HOLLYWOOD SPY's week of Heartwarming Trailers this Christmas season, since I want you to smile, laugh and get inspired in this part of the year instead of being scared by some 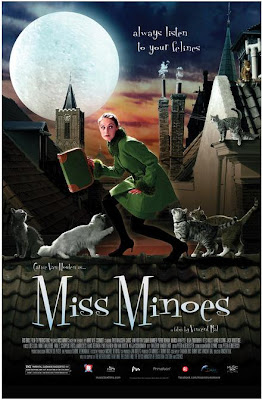 of the current morbid films, I'm presenting you today a lovely family fantasy comedy MISS MINEOS which hits US market December 23rd. The charming story follows a cat who turns into a young woman Mineos but retains some of her feline characteristics and helps a journalist to gather news for the front page of his local newspaper. With the help of Minoes, who can talk to the cats in the small town, he soon discovers that the popular chairman of the Club For Friends of Animals and boss of a nearby factory has evil plans. The film has Carice van Houten in the lead role, and we shall watch her next year in GAME OF THRONES 2 as Melisandre.
Posted by DEZMOND at 12:00 AM