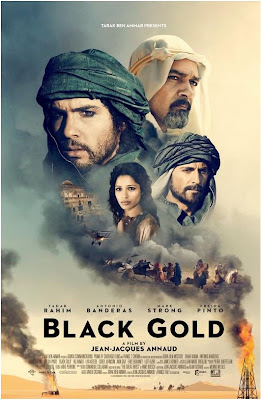 We don't often get to watch epic films set in exotic locations, but this December (in US, November in Europe) will bring us a chance to watch one such movie - BLACK GOLD, lavish Arabian drama telling the story of the birth of modern Arabian kingdom. The film is directed by famous French director Jean Jacques Annaud famous for ENEMY AT THE GATES, SEVEN YEARS IN TIBET, THE NAME OF THE ROSE...


BLACK GOLD STORY
The story starts with victorious Nesib (Antonio Banderas), Emir of Hobeika, who lays down his peace terms to his rival Amar (Mark Strong), Sultan of Salmaah. The two men agree that neither can lay claim to the area of no man’s land between them called The Yellow

Belt. In return, Nesib will adopt Amar’s two boys Saleeh (Akin Gazi) and Auda (Tahar Rahim) as a guarantee that neither man can invade the other.
Twelve years later, Saleeh and Auda have grown into young men alongside Nesib's daughter princess Leyla who will later on share love with prince Auda. Saleeh, the warrior, itches to escape his gilded cage and return to his father’s land. Auda cares only for

books and the pursuit of knowledge. One day, their adopted father Nesib is visited by an American from Texas. He tells the Emir that his land is blessed with oil and promises him riches beyond his wildest imagination. 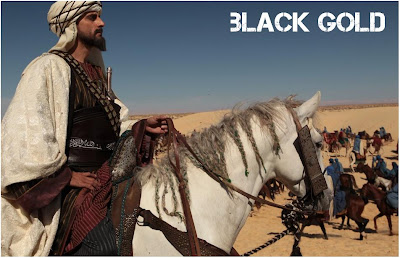 Nesib immediately imagines a realm of infinite possibility, a kingdom with roads, schools and hospitals all paid for by the black gold beneath the barren sand. There is only one problem. The precious oil is located in the Yellow Belt. 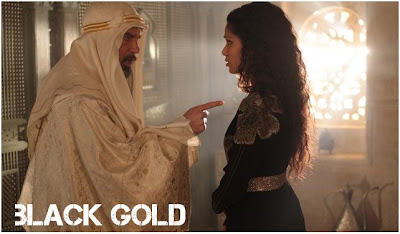 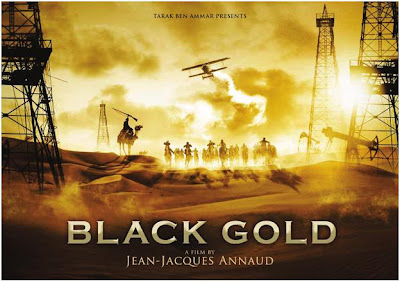 two kingdoms, he is joined in his quest for a better future by the beautiful Princess Leyla through a love that began in their childhood. Together with Prince Auda, she will come to represent the new Arab world: young, dynamic and hungry for progress.


BLACK GOLD TIDBITS
The story of the film is based on the book "Black Thirst" by Hans Ruesch. With the budget of $55 million BLACK GOLD is the 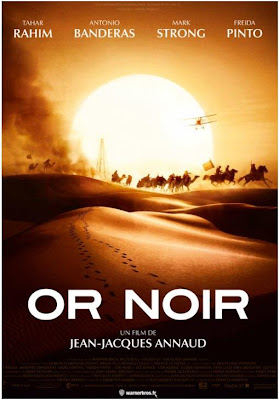 most expensive movie related to Arabia ever since famous LAWRENCE OF ARABIA from 1962. The first reviews praise the performances by Tahar Rahim, Mark Strong and Akin Gazi, while Freida Pinto, as usually, got bad critics which state that she is again being expressionless and cold. The music in the film is composed by famous James Horner who already worked with Annaud on THE NAME OF THE ROSE and on ENEMY AT THE GATES. It is interesting that the film wasn't shot in Arabia but in Qatar and Tunisia.