DYNAMIC TRAILER FOR "WRATH OF THE TITANS"! AMAZING POSTER FOR "RISE OF THE GUARDIANS"! SANDRA BULLOCK & GEORGE CLOONEY IN "GRAVITY"! PATRICK DEMPSEY IN "THE ART OF RACING IN THE RAIN"

One of the lovely posters released this weekend is the first one for upcoming animated movie RISE OF THE GUARDIANS. We haven't seen much info on this DreamWorks project ever since the casting process was finished. The adaptation of children's 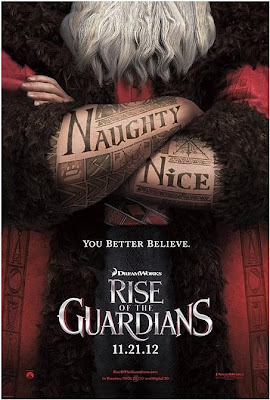 book by William Joyce, starts with an evil spirit called Pitch who becomes bent upon taking over the world by inspiring fear in the hearts of kids everywhere, so a group of our greatest heroes - Santa, the Easter Bunny, the Tooth Fairy, the Sandman and Jack Frost - band together for the first time, determined to stand in Pitch's way. More than a collection of storybook subjects, The Guardians are also a band of superheroes, who possess their own special powers. Now joined in opposition of a common foe, the Guardians heed the call and combine their powers to defeat Pitch and protect the world from his campaign of fear. The almost incredible voice cast includes Hugh Jackman, Alex Baldwin, Jude Law, Chris Pine, Isla Fisher, Leonardo DiCaprio...

HOLLYWOOD SPY HEADLINES
According to "The Hollywood Reporter" Universal is preparing a movie adaptation of THE ART OF RACING IN THE RAIN a Garth Stein's bestselling novel, which is told from the perspective of Enzo, a dog who evaluates his life based on lessons learned from his owner a race car driver. The film doesn't have a director yet, 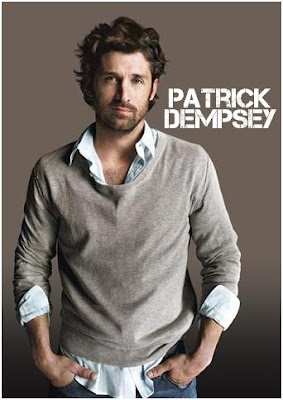 but the lead role will apparently go to Patrick Dempsey, one of our favourite TV hunks. Another project that I wrote about before is Sandra Bullock's sf film GRAVITY in which she will take the lead role next to George Clooney. The plot of the film has been officially revealed around the net now: the story follows Dr. Ryan Stone (Bullock), a brilliant medical engineer on her first shuttle mission, with veteran astronaut Matt Kowalsky (Clooney) in command of his last flight before retiring. But on a seemingly routine spacewalk, disaster strikes. The shuttle is destroyed, leaving Stone and Kowalsky completely alone, tethered to nothing 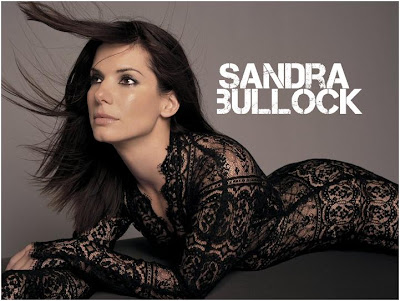 but each other and spiraling out into the blackness. The deafening silence tells them they have lost any link to Earth and any chance for rescue. As fear turns to panic, every gulp of air eats away at what little oxygen is left. But the only way home may be to go further out into the terrifying expanse of space.
Beside THE HOBBIT trailer which should arrive tomorrow, another great epic trailer is here this week. It is the first clip for the 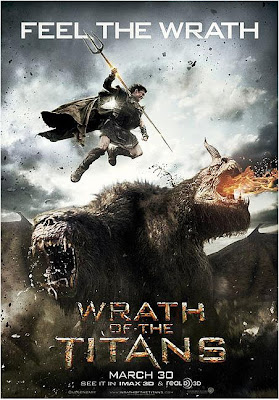 epic adventure WRATH OF THE TITANS, the sequel to the famous blockbuster which earned hundreds of millions around the world. A decade after his heroic defeat of the monstrous Kraken, Perseus (Sam Worthington), the demigod son of Zeus (Liam Neeson), is attempting to live a quieter life as a village fisherman and the sole parent to his 10-year old son, Helius. Meanwhile, a struggle for supremacy rages between the gods and the Titans. Dangerously weakened by humanity's lack of devotion, the gods are losing control of the 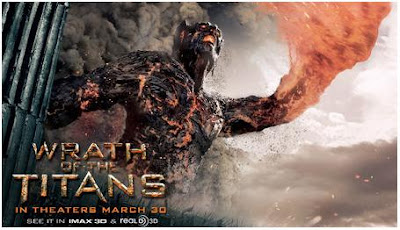 imprisoned Titans and their ferocious leader, Kronos, father of the brothers Zeus, Hades (Ralph Fiennes) and Poseidon (Danny Huston). The triumvirate had overthrown their father long ago, leaving him to rot in the gloomy abyss of Tartarus, a dungeon that 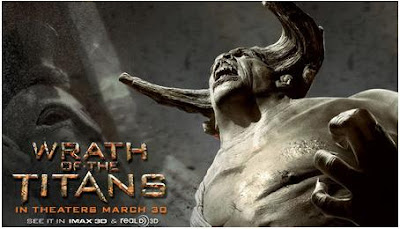 lies deep within the cavernous underworld. Perseus cannot ignore his true calling when Hades, along with Zeus' godly son, Ares (Edgar Ramírez), switch loyalties and make a deal with Kronos to 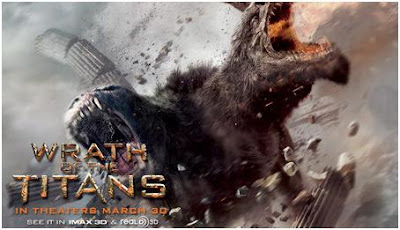 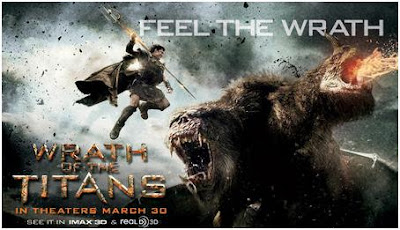 Kebbell), and fallen god Hephaestus (Bill Nighy), Perseus bravely embarks on a treacherous quest into the underworld to rescue Zeus, overthrow the Titans and save mankind. The film hits cinemas next March!
Posted by DEZMOND at 12:00 AM