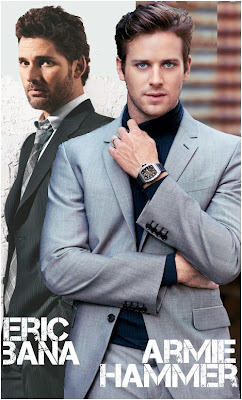 Action thriller, which I've mentioned a couple of times before during the casting process, BY VIRTUE FALLS has just got its lead star: as "Deadline" writes today, young Armie Hammer, whom you've seen in THE SOCIAL NETWORK and who is playing the prince in Tarsem's MIRROR MIRROR, will now play a former ATF agent who is framed for a crime he didn't commit by his former partner. Coming out of the jail he seeks revenge. His partner will be played by Eric Bana, and the two of them will also be joined by James Spader, Carla Gugino and Ryan Phillippe. As you know, Armie first has to shoot LONE RANGER in which he stars next to Johnny Depp, before he starts working on this one.


HOLLYWOOD SPY HEADLINES
Speaking of LONE RANGER, beside Armie and Depp, the cast is getting bigger these days, with Tom Wilkinson signed in as 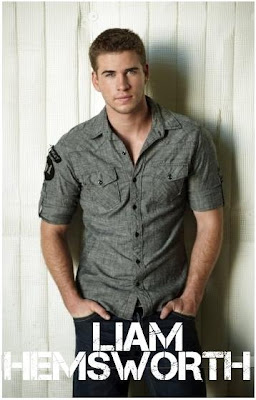 villain, and the director Gore Verbinski is also negotiating currently with Helena Bonham Carter to accept one of the female roles in the movie adaptation of famous comic hero.  According to "Variety" ARABIAN NIGHTS is moving on with the pre production, and the shooting of the exotic epic should start next summer in Kazakhstan, the country which offered to put in $10 million to the film's budget of $70 million. As you know from previous reports, the new movie on famous 1001 Arabian Nights will be directed by Chuck Russell (THE SCORPION KING) and will have Thor's little brother Liam Hemsworth and Thor's daddy Anthony Hopkins in the lead roles :)
Universal Pictures has released the first trailer for their new comedy THE FIVE YEAR ENGAGEMENT which is ready to be released next 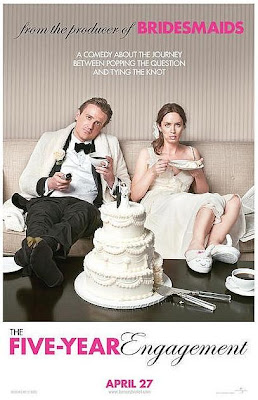 April. With brilliant British beauty and one of the best actresses of the young generation Emily Blunt and one of television's favourite and most beloved comedians Jason Segel in the leading roles, this lovely movie is a couple comedy that charts the five-year engagement of a man and his fiancee, following the ups and downs of their relationship. The cast also includes British comedian Rhys Ifans (who will also have two big roles in two big upcoming films SKYFALL James Bond and THE AMAZING SPIDERMAN) and Chris Pratt and is directed by Nick Stoller (GET HIM TO THE GREEK, FORGETTING SARAH MARSHALL).


And, please, don't forget to visit Movie411BlogAwards to vote for your HOLLYWOOD SPY in Gold Blog (bottom of the page) and Gossip Blog (in the middle) categories :) You know me loves you :)
Posted by DEZMOND at 12:00 AM