With the beginning of the new year closing on us, we are also getting close to the premiere of the new seasons of the epic shows that we loved watching this year: THE BORGIAS and GAME OF THRONES return in April, while SPARTACUS VENGEANCE returns this January. 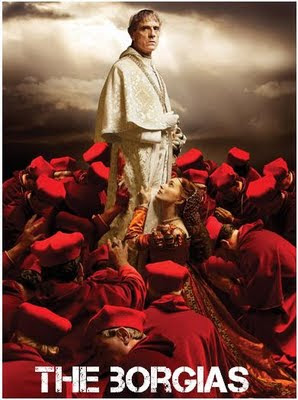 Although the first season of THE BORGIAS historical show was at moments boring to the extent of being unwatchable, it did pick up the pace after the sixth episode and it actually became dynamic, intriguing and exciting, and the second season awaits us next April at Showtime and today you can check out the first trailer for the return of the original crime family. Judging from the trailer beside the members of the infamous Papal family, which includes Jeremy Irons as Pope Rodrigo Borgia, David Oakes and Francois Arnaud as his sons, Holliday Granger as his 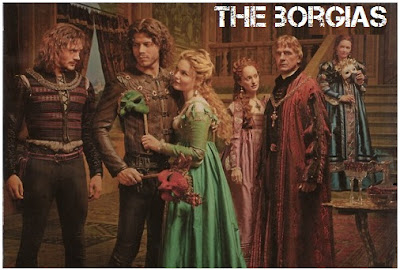 daughter Lucrezia,  Colm Feore as his main enemy, and Luke Pasqualino as Lucrezia's love and the father of her child, the second season will also bring back most of the kings, politicians and clerics from the first one bringing with them new plots and scheming plans. Check out the dynamic trailer bellow.

SPARTACUS VENGEANCE
A brand new, third trailer for Starz' super popular show SPARTACUS VENGEANCE is here. As you remember from HOLLYWOOD SPY's spotlight on the second season, on the heels of the bloody escape from the House of Batiatus that concluded SPARTACUS 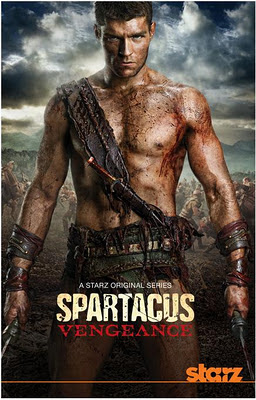 BLOOD AND SAND, the gladiator rebellion continues and begins to strike fear into the heart of the Roman Republic. Gaius Claudius Glaber (Craig Parker) and his Roman troops are sent to Capua to crush the growing band of freed slaves that Spartacus (Lyam McIntyre) leads before it can inflict further damage. Spartacus is presented the choice of satisfying his personal need for vengeance against the man that condemned his wife to slavery and eventual death or making the larger sacrifices necessary to keep his budding army from breaking apart. Containing all of the blood-soaked action, exotic sexuality, and villainy and heroism that has come to distinguish the series, the tale of Spartacus resumes in epic fashion. Judging from the trailer, it seems 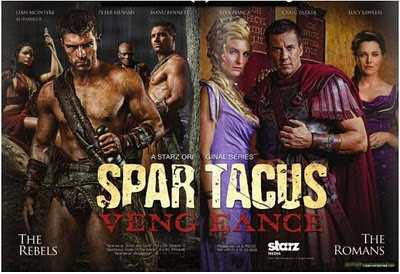 Lucretia (Lucy Lawless) will have to swallow her pride and become friends with horrid Illythia (Viva Bianca) again, who left her locked in the ludus to be killed in the horrific bloodshed that ended the first season, in order to survive in Capua as a woman without a husband and in order to take her revenge on her and on Spartacus. The second season premieres January 27th!