Winter is here, snow is coming along with the frost, ice and fog, so are you in the mood for some films which will warm both your hearts and bodies? 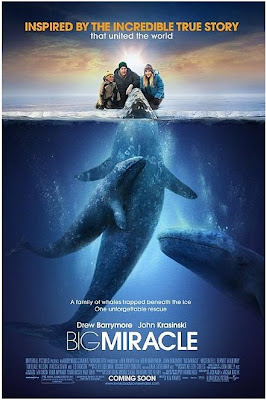 Check out the spotlight on two heartwarming movies which premiere this winter.


BIG MIRACLE
Hitting cinemas this February in the middle of cold winter is a heart warming and positively inspiring film BIG MIRACLE which tells the amazing true tale of a small town news reporter (John Krasinski) and a Greenpeace volunteer (Drew Barrymore) who are joined by rival world superpowers to save a family of majestic gray whales trapped by rapidly forming ice in the Arctic Circle.  With time running out, they must rally an unlikely coalition of Inuit natives, oil companies and Russian and American military to set aside their differences 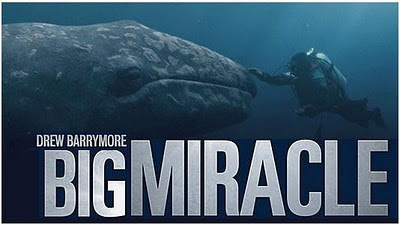 and free the whales. As the world's attention turns to the top of the globe, saving these endangered animals becomes a shared cause for nations entrenched against one another and leads to a momentary thaw in the Cold War. The cast also includes Dermot Mulroney, Kristen Bell, Ted Danson and Serbian actor Stefan Kapicic. Check out the brilliant poster and equally brilliant trailer. You will need tones of tissues for this one!


WE BOUGHT A ZOO
Another heartwarming flick which features an inspiring story and adorable animals is WE BOUGHT A ZOO,  which is actually based on a memoir by Benjamin Mee, in which he tells the true account of how the author and his family used their life savings to buy 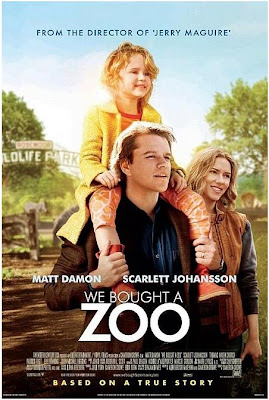 a dilapidated zoo, replete with 200 exotic animals facing destruction, in the English countryside. Mee, along with his children, had to balance caring for his wife, who was dying of brain cancer, with dealing with escaped tigers, raising endangered animals, working with an eclectic skeleton crew and readying the zoo for a reopening. The cast is quite strange for a heartwarming movie since it features two extremely cold and expressionless actors in the lead roles - Matt Damon and Scarlett Johansson (I've no idea why they didn't take Amy Adams or Rachel McAdams who were in the run for the role, while Ben Stiller was in for the lead male role), and has an equally cold and monotonous director Cameron Crowe (we've all dozed off while watching his VANILLA SKY, ELIZABETHTOWN or JERRY MAGUIRE)  but we shall turn a blind eye on that :)
Posted by DEZMOND at 12:00 AM