MAGICAL TRAILER FOR "THE FLYING MACHINE"! "THE HOBBIT" TRAILER TO PREMIRE TOMORROW! EVA GREEN IN "300: THE BATTLE OF ARTEMISIA" EPIC PREQUEL

Why oh, why, do you hate me Hollywood? It seems that Tinseltown has decided to put one of my least favourite actresses in one of my most anticipated future projects: "Heat Vision" reported 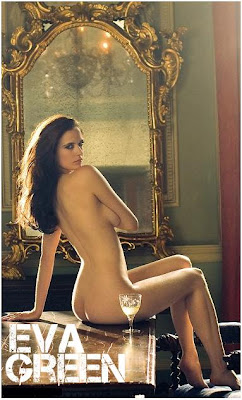 this weekend that one dimensional, blank, frigid and highly unappealing Eva Green has been offered a role in 300: BATTLE OF ARTEMISIA, the prequel to the legendary Spartan epic with Gerard Butler. She will apparently play Artemisia, a wicked goddess who persuades Xerxes to assemble his army and lead them into battle against the Greeks. I really hope it doesn't happen, since the casting efforts have been horrid so far, especially with the idea to give the lead role to Joel Edgerton, but thankfully that didn't happen. Thus, the role of Greek general Themistokles who will give resistance to Xerxes is still open (do you hear me, Karl Urban and Luke Evans?) .


HOLLYWOOD SPY HEADLINES
As I've  mentioned a few times before probably the most anticipated trailer this year, the one for Peter Jackson's THE HOBBIT should arrive this Tuesday with the premiere of 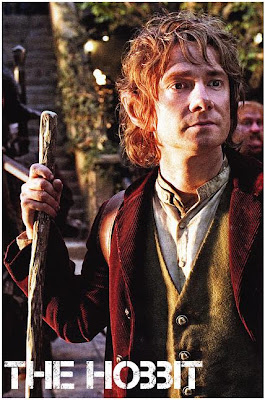 Steven Spielberg's THE ADVENTURES OF TINTIN, although there are some rumors that it might be released online later tonight. It will be an exciting wait :) Some of the lucky ones who managed to see the trailer in top secret, say it presents the characters rather than give action and that it has some huge legendary scenes from the book. However, although the trailer will bring us some joy this Christmas,  we shall have to wait for the film itself more than a year, since THE HOBBIT: AN UNEXPECTED JOURNEY premieres December 2012 starring Cate Blachett, Luke Evans, Lee Pace, Ian McKellen, Martin Freeman, Richard Armitage, Evangeline Lilly... Don't forget to check out HOLLYWOOD SPY's extensive spotlight on characters  we shall watch in the film.
HEARTWARMING TRAILER WEEK
To fight back all of those who had horror blogfests, and who get thrills for dark knights, dragon tattooed loonies and other morbid nonsense, I'm continuing my series of heartwarming trailers in the Christmas week which I've started with SALMON FISHING 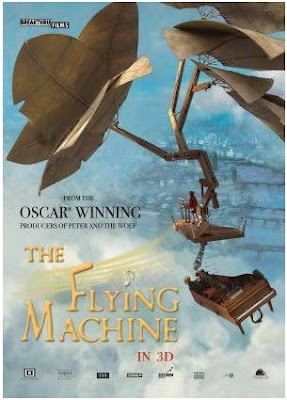 IN THE YEMEN this weekend, and will continue with THE HOBBIT and some other trailers this week, but today here's something really dazzling and magical: it's a quite a breathtaking clip for THE FLYING MACHINE, the first film ever to combine 3D, stop -motion animation and live action, united by the stunning music of Frédéric Chopin. The film's live action segment is set in present day London, where career focused single parent (Heather Graham) juggles her professional life with parenting. Overworked and inattentive to the needs of her two children, she has a chance meeting with Lang Lang and his 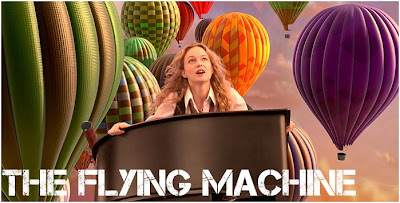 flying-piano contraption, which prompts her to reevaluate her life and priorities as she's hurled skyward. In a wordless stop-motion segment, we are introduced to young Anna, who is separated from her beloved father because of his work. Heartbroken, she and her cousin attempt to reunite with him by traversing the globe on the flying machine. What began as a short film project celebrating the two-hundredth anniversary of Chopin's birth has blossomed into one of the most dazzling marriages of animation and classical music.
Posted by DEZMOND at 12:00 AM