The season of Golden Globes, Oscars and other movie awards is just ahead of us, bringing us many great dramas with terrific performances, and today you can check out a spotlight on two 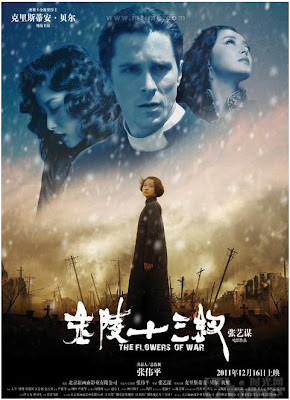 of the films which might score big at these ceremonies.


THE FLOWERS OF WAR
A movie adaptation of Geling Yan's book 13 FLOWERS OF NANJING, China's candidate for 2012 Oscars THE FLOWERS OF WAR is set in 1937, when Nanking stands at the forefront of a war between China and Japan. As the invading Japanese Imperial Army overruns China’s capital city, desperate civilians seek refuge behind the nominally protective walls of a western cathedral. Here, John Miller (CHRISTIAN BALE), an American trapped amidst the chaos of battle and the ensuing occupation takes shelter, joined 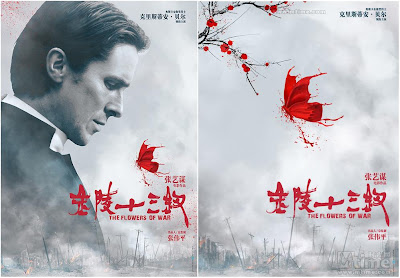 by a group of innocent schoolgirls and thirteen courtesans, equally determined to escape the horrors taking place outside the church walls. Struggling to survive the violence and persecution wrought 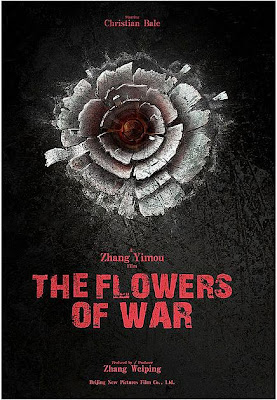 by the Japanese army, it is an act of heroism which eventually leads the seemingly disparate group to fight back, risking their lives for the sake of everyone. Through treacherous surroundings and facing unimaginable evil, THE FLOWERS OF WAR, inspired by true life events, manages to tell a genuine story of hope, love and sacrifice. With nowhere to run and nowhere to hide, fate always has a way of bringing the most unlikely heroes together.

FLOWERS TIDBITS
The film is currently in US cinemas! With the budget of $90 million it is one of China's most expensive films ever. It is directed by famous genius Zhang Yimou best known for his amazing epics HERO, HOUSE OF  FLYING DAGGERS and my personal favourite CURSE OF THE GOLDEN FLOWER. It took 164 days, 18 hours a day, to shoot this epic.


ALBERT NOBBS
One of the films which amazed us all with Glenn Close's stunning transformation, is certainly ALBERT NOBBS which might bring the great actress an Oscar she has never, believe it or not, 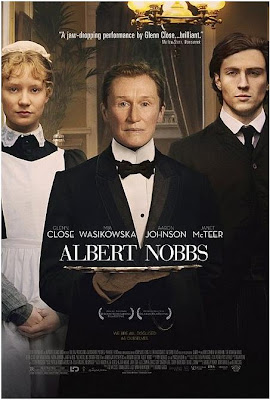 gotten so far (she was nominated five times, though)! Hitting cinemas next January, this period drama will have legendary Glenn Close in the role of a woman passing as a man in order to work and survive in 19th century Ireland. Some thirty years after donning men's clothing, she finds herself trapped in a prison of her own making. Quite a stunning cast also includes young Aaron Johnson, the new count Vronski in ANNA KARENINA, amazing Maria Doyle Kennedy, whose magnificent portrayal of queen Catherine of Aragon in THE TUDORS we still remember, and two ultra talented Irish thespians Brendan Gleeson and Jonathan Rhys Meyers. 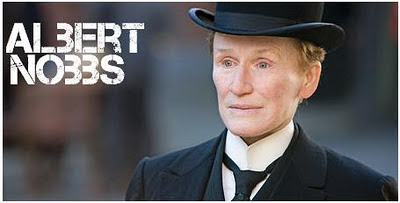 ALBERT NOBBS TIDBITS
The film hits cinemas January 27th. It is interesting that the first two actors to be offered the role in the film were Amanda Seyfried and Orlando Bloom, but after they've backed out, the roles were given to much weaker Aaron Johnson and extremely cold Mia Wasikowska.
Posted by DEZMOND at 12:00 AM