Bad news for all of you who loved witty dialogues, intriguing and highly intelligent plots and all the beloved characters from 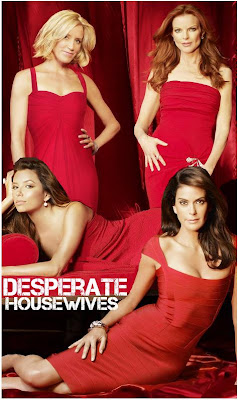 DESPERATE HOUSEWIVES! Now, we all knew that the show won't last forever, but it will last only one more season and instead of having 9 seasons it will have eight. This means that this Fall's season is the final one. Marc Cherry, the creator of one of the most popular shows around the globe, decided to end the show while it still has the biggest ratings and while it is on top. One thing is sure - seductive Eva Longoria, refined Marcia Cross, wise Felicity Huffman and charming Teri Hatcher will end the show in the most dramatic of ways and we can expect some mind blowing twists and surprises and as always, lots of love between our dear housewives.
_________________________________________________
While we are waiting for a trailer announcing the fourth season of BBC's mega successful show MERLIN to be released, I have some cool news: even though the fourth season is yet to be aired this September, the fifth season has officially been greenlit as well! 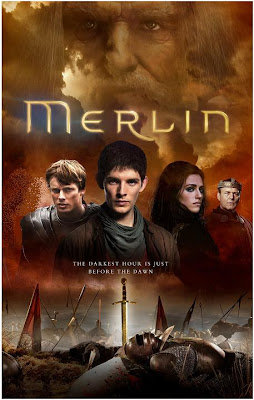 This will allow the show's writing team more creative space and future episodes will feature a greater focus on slow-burn character arcs. The upcoming fourth season will see Merlin (Colin Morgan) and Arthur (Bradley James) battling Morgana who went over to the dark side, and the show will probably be freshened up with the newly establish knights of the round table with Lancelot and Gawain appearing more in the episodes. New face in the show will also be Agravaine, the uncle of prince Arthur. The new season will open with a two-part adventure telling the story of Morgana's revenge, and Katie McGrath, who plays Morgana, has recently said that we shall see Morgana become an evil force comparable to the Star Wars villain Darth Vader.
__________________________________________________
Although the first film hasn't even finished shooting, the sequel to THE HUNGER GAMES titled CATCHING FIRE has received it's 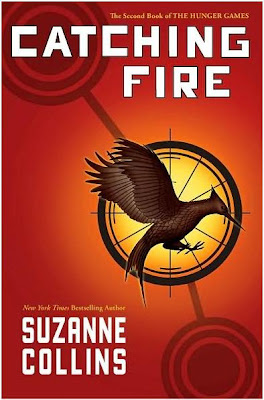 premiere date in November 2013. As you know, based on the book by Suzanne Collins, the first film will hit cinemas in March 2012. This is not the only film which hasn't even been shot but already has its release date, since Marvel has reserved two dates in May and June 2014 for two unknown mysterious superhero projects. Their THE AVENGERS, IRON MAN2 and THOR2 will be aired before that, in 2012 and 2013. The new actor to join the second season of HBO's mega popular epic show GAME OF THRONES is British veteran Roy Dotrice who will be playing the pyromancer Hallyne who is also the chief of the Guild of Alchemists.
Posted by DEZMOND at 12:00 AM