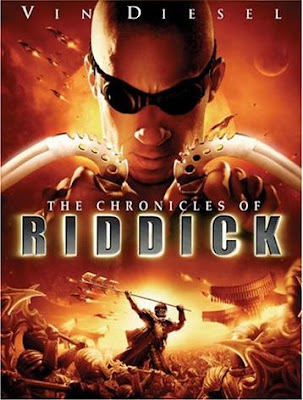 It seems that the next chapter in "The Chronicles of Riddick" is finally moving ahead. Vin Diesel has revealed yesterday that location scouting on the next chapter in this popular sf saga is currently underway in New Zealand. He has also revealed that David Twohy has completed the script. To remind you, Vin Diesel has shared some new thoughts on future installments of the franchise this summer. Here's what he said few months ago: "The Riddick discussion is about rating now. Though Hollywood likes their PG Ratings, the next chapter in the Riddick series was always envisioned as an R rating, like "Pitch Black". One Studio executive suggested doing both "The Underverse" and "The Furyan" (working titles) at the same time, allowing us an R rating for the first and a PG rating for the second.
Posted by DEZMOND at 8:55 PM