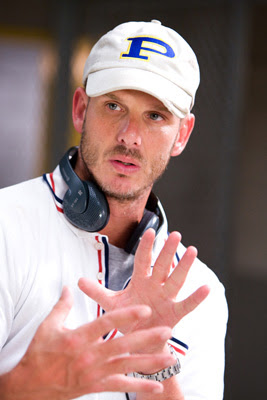 Actor turned director Peter Berg has just shared some updates about his upcoming board game adaptation "Battleship". Many people couldn't quite grasp how this game could be turned into a movie, so Berg decided to clear everything up. Here are the details revealed by Berg himself: "Battleship" will revolve around a small fleet of American and Japanese ships that have become separated from the rest of the Navy. When an alien army arrives on Earth to build a bridge, its up to this small fleet of naval soldiers to defeat them and their plans. The aliens are known as "The Regents". They do not pose an immediate threat to human kind. They are just looking to help themselves and save their species. Our Navy officers provoke them, and thus, chaos ensues. The Aliens will be a mix of CGI and human actors. The Aliens don't come with superior technology. Their weapons will be on par with what the US Navy currently has. The movie will premiere in August 2011.
Posted by DEZMOND at 9:25 PM