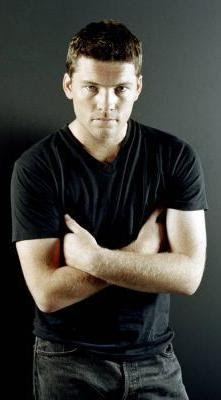 Although there are still two weeks before James Cameron's blockbuster of the decade "Avatar" comes out, it seems that it was officially planned as a possible franchise. The main star Sam Worthington spoke to "Total Film" recently revealing that he was signed in for three movies. Here's what this guy with a great sense of humour said about it: "You work 18-hour days. I was on it for 14 months. Jim's still editing. We'll still be filming it up to the day it's released — probably after the movie comes out, knowing Jim! That commitment is what makes him the man he is. It's life or death. It's war. That's how he approaches movies… We're signed for a trilogy. But I think I'll be 94 by the time it finishes, to be honest. I know Jim's got some ideas in his big head."
Off course, this doesn't have to mean anything, it all depends on whether "Avatar" will storm the box offices like a hurricane or not, but it's nice to hear that there might be a continuation to the story.
Posted by DEZMOND at 7:09 PM