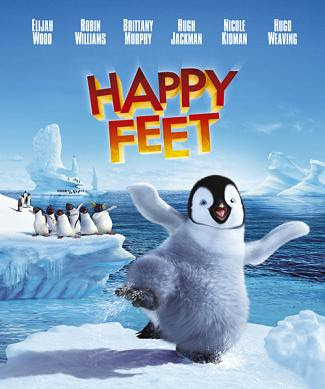 Animated block buster "Happy Feet" which has grossed almost $200 million at the domestic box office, and won numerous awards, including 2006 Oscar, is getting its sequel. According to "The Hollywood Reporter" Elijah Wood and Robin Williams are currently negotiating to reprise their roles as lead voices while George Miller is back as the director.
Aliah Wood will give voice to cute Mumble, the penguin who can't sing but can dance as crazy. Robin Williams is back as the hyper-acting and wise-cracking penguin Ramon. George Miller has wrote the new script himself, but the details are still being kept on ice. The actors are expected to fly over to Australia in January or February to record the voice tracks.
Posted by DEZMOND at 9:09 PM