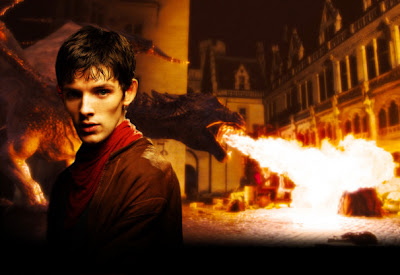 Popular BBC's show "Merlin" has just ended its second season with the young wizard finally setting free the Great Dragon and thus throwing Camelot into darkness, fire and battle. Starring Colin Morgan as Merlin and Bradley James as Prince Arthur, the second season brought much more magical heroes and villains than the first one, and was a huge success: the first series was a worldwide smash hit and has been sold to 52 broadcasters in over 180 countries, while series two has been sold to more than 40 broadcasters in 165 countries so far, and counting. That's why the renewal of the show doesn't come as a surprise: according to the official announcement, BBC One is going to give a run to "Merlin" for the third consecutive season. The show has been enjoying a huge popularity of about 6 million viewers with 31% share in UK this autumn. 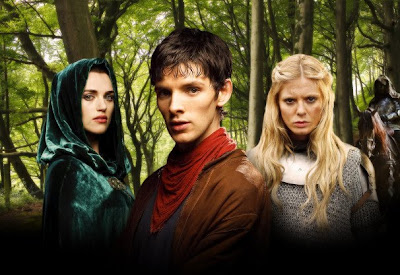 With its mix of magic, adventure, great sets, costumes and special effects plus the charming humour "Merlin" has thrilled everyone including one of the executive producers who explained the reason for ordering the third season: "Merlin is ready to burst back onto BBC One with more action, romance and, of course, magic to delight fans of all ages. After the thrilling finale of the current series audiences will be left wondering what happens next – and with so many of Merlin and Arthur's adventures yet to unfold, we can't wait to continue the story." 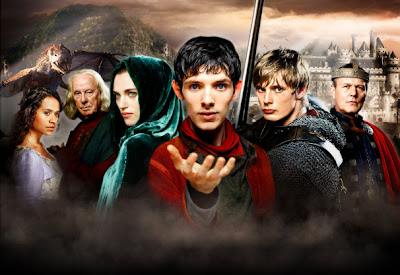 Being a fan of "Merlin" I just hope that the new season, next year, will finally reveal more of Merlin's magic powers, and that the whole show will center more on him than on that boring king Uther and his Nazi obsession with eradicating everything and everyone connected with magic and sorcery.
Posted by DEZMOND at 11:02 PM